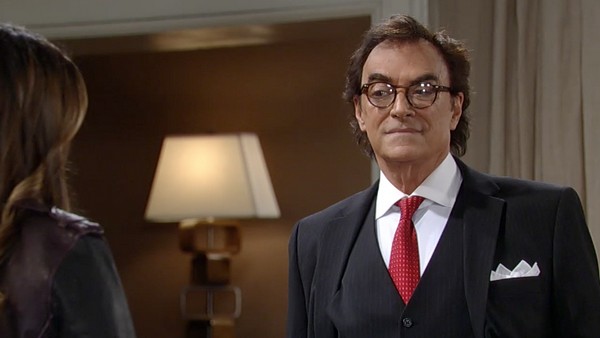 General Hospital spoilers teased weeks ago that Thaao Penghlis would be returning to Port Charles on August 4th, and that date is steadily approaching. Sure, we all love Victor Cassadine, but his return date means much more. The last time we seen Victor Cassadine, he whisked Dr. Robin Scorpio Drake away from Port Charles with him, to thaw out Helena and Stavros Cassadine, and Jason Morgan.

Kimberly McCullough, the actress that plays the part of Robin Scorpio Drake confirmed on Twitter that she is currently filming some scenes for General Hospital, which means that Robin is returning as well. If Robin and Victor are both headed back to Port Charles, then it is safe to assume that their mission is complete. So, is Jason Morgan really headed back to General Hospital.

Jason Morgan has been an iconic character over the course of the past two decades on the ABC soap opera. However, when he was killed off in 2012, Steve Burton (the actor that made the character infamous) parted ways with ABC and followed Jill Farren Phelps over to CBS so he could star on The Young and the Restless. So, if Jason Morgan returns to Port Charles this summer with Robin, it will be a new face to GH fans. Will that face be Billy Miller’s?

The obvious question on every GH fan’s mind right now, is who will play the part of Jason Morgan. Rumor has it Billy Miller (ex Billy Abbott on The Young and the Restless) has been cast in the role. However, no one at General Hospital will confirm whether or not Miller has signed a contract. According to the August 4th edition of Soaps In Depth, “the soap got such a huge response to Michelle Stafford’s surprise first scene as Nina that nobody should be shocked is Miller just appears on screen one day as a thawed out Jason.”

What do you think about Jason Morgan returning to Port Charles? Will you be happy if when he does return it is Billy Miller playing the part, or are you hoping for a different actor? Let us know what you think in the comments below and don’t forget to check CDL tomorrow for more General Hospital spoilers.