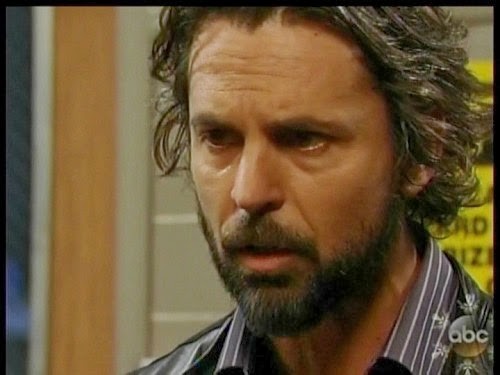 With all of the drama on General Hospital these days, GH fans seem to have forgotten about the fact that Carlos Rivera is still sitting in a Port Charles jail cell for the murder of AJ Quartermaine. In April 2014 Sonny Corinthos shot and killed AJ Quartermaine, however Ava forced Carlos to confess to AJ’s murder by threatening the life of his childhood sweetheart Sabrina and her unborn baby. When Patrick and Sabrina were run off the road, Carlos assumed that it was Ava sending him a warning, so he quickly took the fall for AJ Quartermaine’s death to prevent any more harm coming to Sabrina.

Since Carlos confessed to AJ’s murder, he was basically locked away and hasn’t been seen since. According to General Hospital spoilers in the August 14th edition of ABC Soaps In Depth, Carlos’s actor, Jeffrey Vincent Parise will return to the GH set during the month of August and begin filming more scenes which will air in the Fall.

The fact that Carlos is returning to General Hospital most likely has something to do with the fact that Ava and her brother Julian are working hand in hand to bring down Sonny Corinthos. Ava recently revealed to Julian after she escaped from Sonny’s grasps, that Sonny is AJ’s real killer, not Carlos. And, Ava enlisted the help of Franco, who also has a grudge against Sonny, to help her get her hands on the recording of Sonny killing AJ Quartermaine. Maybe the truth finally comes out about Sonny, and when it does, the PCPD have no choice but to release Carlos Rivera from prison?

What do you think GH fans? Are you excited to see Jeffrey Parise back in Port Charles? Do you think that he will be set free and the truth about Sonny killing AJ Quartermaine will finally be revealed? Let us know what you think in the comments below and don’t forget to check CDL tomorrow for more General Hospital spoilers.