General Hospital Spoilers: Real Luke Spencer Is Locked Away – Did Helena and Fluke Stash Him With Robin Scorpio-Drake? 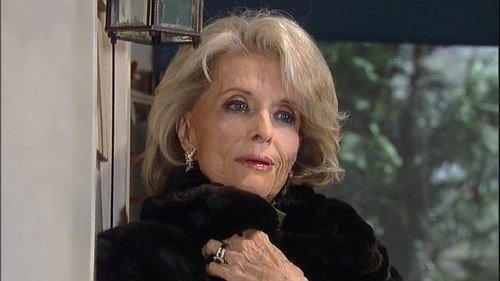 General Hospital spoilers recently revealed that there are actually three Luke Spencers running around Port Charles. This week on General Hospital Fluke was finally unmasked – and it was none other Cesar Faison. However, GH spoilers  reveal that Cesar Faison was just a decoy Fluke, and the real Fluke is at the Quartermaine house with Tracy – Julian and Alexis “rescued” the impostor from Miscavige and brought him home for Thanksgiving.

So, the real Luke Spencer is still out there somewhere being held captive by his doppelganger, and his apparent partner in crime Helena Cassadine. A General Hospital rumor that keeps making it’s rounds on the internet and just won’t seem to die teases that the real Luke Spencer is locked away with Dr. Robin Scorpio Drake. Considering the fact that Helena and Fluke are working together, it’s not far-fetched to assume that they may be holding their prisoners in the same place.

General Hospital spoilers tease that Robin Scorpio-Drake is returning to Port Charles around the holidays, so GH fans are convinced that she breaks free and brings the real Luke Spencer home with her. Fans of Patrick and Robin will be pleased to hear that General Hospital spoilers reveal his flirtationship with Sam Morgan will be coming to an end this week, so by the time Robin comes home Patrick will be “single” again.