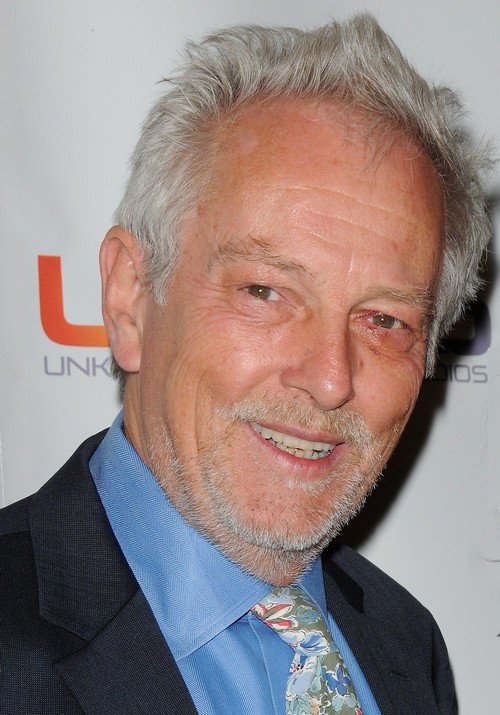 General Hospital spoilers reveal another fan favorite will be making a return to the ABC soap opera. TPTB at General Hospital have been bringing back a lot of old characters as of late, and according to spoilers, the next character returning is Tracy Quartermaine’s ex and Ned Ashton’s father, Lord Lawrence “Larry” Ashton. The character is set to be reprised by the original portrayer, Hugo Napier.

According to the October 27th edition of ABC Soaps In Depth, “Soon Tracy won’t be the only parent Ned will have poking in his business! ABC confirms that Hugo Napier is heading back to Port Charles to play Ned’s Dad – and Tracy’s ex-husband – Lord Lawrence “Larry” Ashton.”

For those of you who don’t remember Larry Ashton, he appeared on the ABC soap opera from 1988-1989 and then again from 1991-1992. When Larry first arrived in Port Charles, he and his wife were deeply in debt and searching for “Dragon Bone,” a key that was supposed to unlock a lost civilization and they believed it would lead them to fortune and fame. Tracy discovered that Larry was a fraud, and not really the royalty he claimed to belong to and blackmailed him in to giving up half of his fortune if he ever found it. After Larry’s failed attempt at discovering the lost civilization, he returned to Port Charles a year later and was in charge of a drug cartel and was scheming to steal Tracy’s stock in ELQ.

Unless you have been living under a rock, then you are well aware of the Fake Luke mystery on General Hospital. General Hospital spoilers have teased that the identity of Fake Luke will be revealed some time this fall, which is ironically the same time that Larry Ashton is returning to the soap opera. It’s crazy to think that Fake Luke could be a character that was on the show over twenty years ago, however Larry Ashton’s description fits Fake Luke perfectly. Larry Ashton was hiding behind a fake identity when he arrived in Port Charles; he was greedy, he was in a relationship with Tracy, he wanted part of ELQ, and he operated a drug cartel.

What do you think, General Hospital fans? Were you watching GH when Larry Ashton was on the show in the early ’90s? Do you think that he could be Fake Luke? Let us know what you think in the comments below and don’t forget to check CDL tomorrow for more General Hospital spoilers.