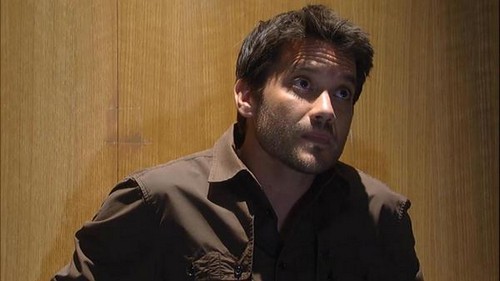 General Hospital spoilers tease that the drama at Crichton Clark is just getting started, and GH fans will not want to miss the next few episodes. Honestly, we’re still reeling from the last few episodes at Crichton Clark and trying to make sense of all of the madness and shocking revelations that have occurred. General Hospital spoilers teased that the week of September 15 would be insane, but we had no idea just how crazy the ABC soap opera would really get.

One of the obvious questions on everyone’s minds is, who is Nathan West’s father? We were all convinced that Nathan was a product of Liesl Obrecht and Victor Cassadine’s affair, and Liesl even told Victor that Nathan was his son. But, the DNA test results came in, and Victor is NOT the father. In a shocking twist, Liesl pulled a gun on Victor and shot him as soon as he learned that he wasn’t Nathan’s father. So, why would Liesl lie about Nathan’s paternity and try to pass him off as Victor’s son, who could possibly be a worse candidate? Well, if Victor is not his father, then the infamous Cesar Faison most likely is, and Liesl is trying desperately to keep that secret a secret.

General Hospital spoilers teased that there would be multiple deaths at Crichton Clark this week, and the bodies are stacking up. Peter Harrell was shot to death, and Maxie stabbed Levi (AKA Peter Harrell Jr.) in the back with a dagger. The Cassadine family isn’t faring too well either, Stavros Cassadine was killed and Victor Cassadine is seriously wounded. But, let’s be honest, no one checked any of the bodies for pulses and considering they are Cassadines this probably won’t be the last we see of them. Peter Harrell seemed pretty dead, but Maxie and Nathan rushed out of the room and never gave Levi a second glance, which means he could easily be revived as well.

General Hospital spoilers have hinted for weeks that Jason Morgan was returning, and it was recently announced that Y&R alum Billy Miller would be playing the part. And, Jason Morgan has made his grand return…sort of, if you really count a face-less and voice-less man running around in black as a grand return. But, could we be losing him just as quickly as we got him back? Victor Cassadine apparently has a bomb planted at Crichton Clark, and if he is going to die, he plans to take out everyone in the building with him. So, it looks like it will be a race against the clock, and by the end of this week Dante, Lulu, Nathan, Liesl, Anna, Robin, and Jason Morgan could all be blown up.

So GH fans, have you been watching General Hospital this week? What do you think about all of the crazy events unfolding at Crichton Clark? Do you think that Stavros, Peter, and Levi are all really dead? And, what about Victor’s bomb? Will he really blow up the clinic and everyone in it? Let us know what you think in the comments below and don’t forget to check CDL tomorrow for more General Hospital spoilers.