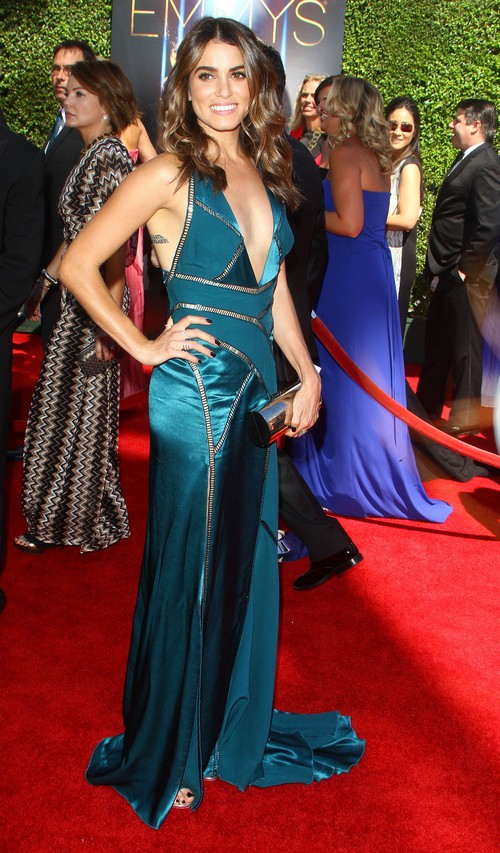 The prevailing theme in tabloid stories about Ian Somerhalder seems to be his jealousy. Does he just give off that type of vibe? Or is he just a really jealous dude?

When Ian was dating Nina Dobrev, we’d get a report every other week about how he was ‘jealous’ of Nina’s flirtations with other men, including co-stars on The Vampire Diaries. Heck, even months after their breakup, there’d be stories about how he’s seething with jealousy due to all of her flings. And now that Ian’s going strong with Nikki Reed, a new report from Star Magazine claims that Ian has become ‘irritated’ with how Nikki flirts with his friends.

Apparently, Nikki’s ‘out-of-control flirting’ was one of the reasons her ex-husband Paul McDonald broke up with her, although that definitely wasn’t the official reason given for the breakup. However, Nikki’s flirtatious behavior didn’t end there, if Star’s source is to be believed. They claim that Nikki flirted with one of Ian’s friends right in front of him, and even got ‘touchy-feely’. They also add in a jab against Kristen Stewart for good measure, explaining, “Kristen must have rubbed off on her.”

Woah. A bit harsh, no? Kristen isn’t known for her on-set flirting, just behind-the-scenes hookups. I doubt Nikki bit her lip through conversations with Ian’s friend. If she actually emulated Kristen’s ‘flirting’, I don’t think Ian has anything to worry about. That ‘friend’ will have run far, far away before Nikki took things any further.

Now, do I believe this story? Eh, not so much. Nikki might be the flirtatious type, and Ian might be the jealous type, but I don’t think she’s so blatant to get touchy with Ian’s friends right in front of him.

Ian Somerhalder and Nikki Reed at The 2014 Creative Arts Emmy Awards held at the The Nokia Theatre in Los Angeles, California on August 16th, 2014.