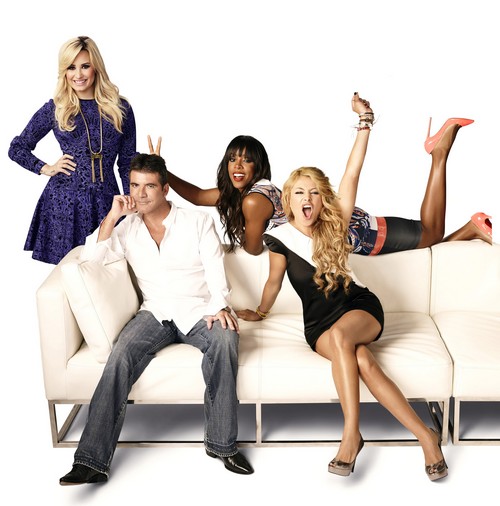 I think by now everyone already knows that the third season of The X Factor truly tanked in the ratings. Simon Cowell brought in Paulina Rubio and Kelly Rowland as new judges and the result was less than stellar. Fans from previous seasons’ seemed to jump ship and began watching The Voice rather than The X Factor and it was clear that some sweeping changes were going to be necessary. Demi Lovato has already announced that after two seasons’ sitting on the judging panel she is ready to move on and return full force to her own music career.

According to the Jan. 13th print edition of Star Magazine both Kelly and Paulina have been fired from the show. Simon has decided to start fresh with a completely new judging panel next season and we have also heard that his wings as an executive producer will likely be clipped too. His changes over the last two seasons have not payed off and so the powers that be at Fox believe that someone besides Simon needs to be working behind the scenes to really spin the show in a better direction. That makes sense, right?

Were you a fan of either Kelly or Paulina on The X Factor? Kelly always seemed a bit uncomfortable with the rest of the panel to me and Paulina was just really out there. She was smoking hot back in the late 90’s when her career was on fire, but at this stage in the game she seemed like a strange pick to me. Tell us your thoughts in the comments below!