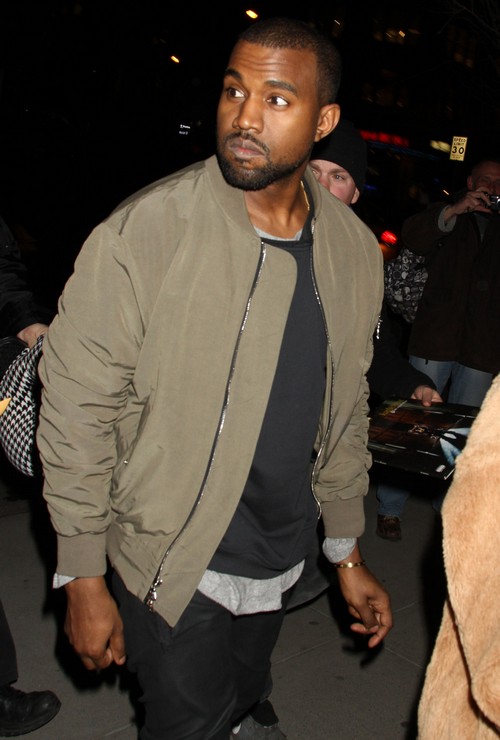 We already know that Kanye West has major anger management issues, but does that extend over into his fiance’s private life? According to a new report from Star Magazine, Kim Kardashian might be on the receiving ends of one of Kanye’s infamous rants because she’s not acquiescing to his demands.

A source tells Star, “Kanye’s controlling [manner] has consumed all aspects of his fiancée’s life. He has issued her a list of dos and don’ts for 2014.”

These demands apparently include, “monitoring Kim’s phone; forcing her to cut ties with friends he believes are selling stories to the media; restricting the amount of times she’s seen in public with her family; approving all photos before she posts to social media; and making sure they are never in clashing outfits.”

You know what? This is totally believable. Kanye’s a stickler for perfection, and he hates the paparazzi and he hates Kim’s family. We’ve already heard that Kanye wants Kim to spend less time with her family, whom he believes are negative influences on her. He also thinks they bring down her brand image because in his mind, she deserves a Vogue cover AND a star on the Hollywood Walk of Fame. And since Kim and Kanye have gotten engaged, Kim has been seen in public FAR less than she used to be seen, which is obviously Kanye’s doing. Plus, he pretty much admitted that he decides her fashion, which is why she’s been appearing on so many hideous clothes lately – not that she ever had that great taste to begin with.

All of these claims ring true, but what is Kim going to do? Dump Kanye? Puh-lease. She would never, ever, ever let go of her biggest claim to fame, which is being Kanye’s fiance. So if that means that she’ll let Kanye be her unofficial publicist/handler, so be it.