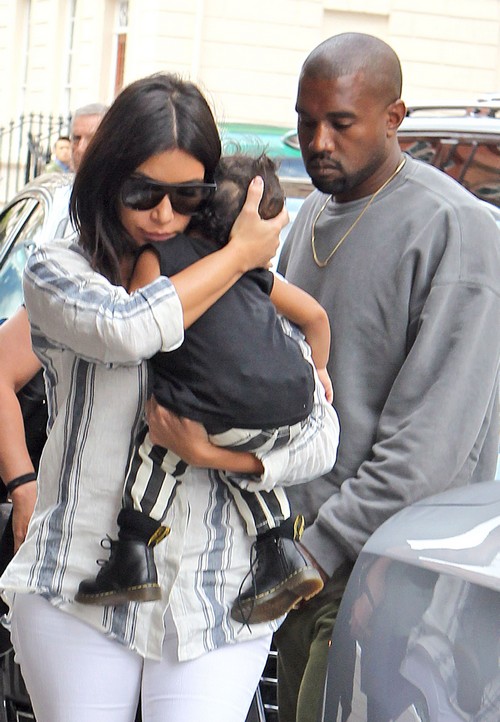 Kim Kardashian appears to be one of the most self-obsessed celebrities in Hollywood, but when it comes to her hubby Kanye West she is an insecure mess. It’s no secret that Kanye runs their relationship like a dictator and controls everything Kim does down to what color underwear she wears. Like every mindless woman in a controlling relationship, Kim is constantly paranoid that Kanye is going to lose interest in her and find a new doll to play dress-up with.

According to the October 20th edition of Star Magazine, “The reality star is dealing with a serious bout of insecurity, and feels that her husband will step out on her with some of the fashion world’s biggest stars – Cara Delevingne, Amber Rose, and Rita Ora.” Kim should be concerned about Amber Rose, after all Kim allegedly stole Kanye from her back in 2010, and Amber just broke up with her husband Wiz Khalifa and is single and ready to mingle. But, Rita Ora and Cara Delevingne? Star Magazine explains that Kanye is considering working in a single with Rita and has a bizarre obsession with Cara and her style.

So, is there anyone Kim isn’t afraid Kanye will cheat on her with? It seems like the list of women that Kim feels insecure about hanging out with her man just keeps getting longer and longer. Maybe it is time to consider that the source of the problem is Kim, and no the other women. If you can’t trust your husband to leave the house without for fear that he will have sex with anyone in a ten foot radius, then it is probably time to reevaluate your relationship.

Do you think Kim Kardashian is just being paranoid, or do you think Kanye will cheat on her with Cara Delavigne, Amber Rose, Rita Ora or someone else? Although there have been multiple unfounded rumors of alleged affairs on Kanye’s part, he has never actually been caught cheating on Kim. Has he been cheating this whole time and is just really good at covering it up? Let us know what you think in the comments below!