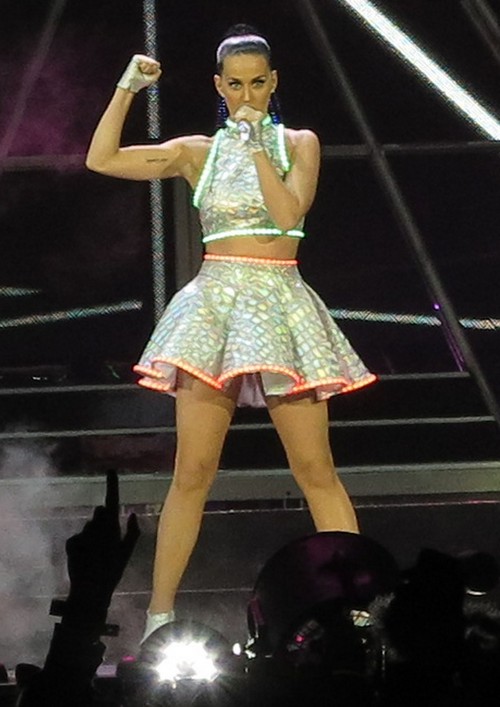 Katy Perry, Robert Pattinson, and Kristen Stewart are embroiled in quite a scandalous love triangle right now. There’s clashing reports on the nature of Katy’s and Kristen’s relationships with Rob, as well as their friendship in the wake of Kristen’s and Rob’s breakup last year. But according to very recent reports, Katy’s actually the one standing in the way of Kristen’s reunion with Rob. Yikes, she better go hide somewhere before Twi-hards with pitchforks come after her for ruining #RobstenUnbroken.

A source tells Life & Style, “Katy has told Rob that she thinks it’s a really, really bad idea for him to reunite with Kristen. Katy warned him that Kristen will end up hurting him again.”

Did Katy also encourage him to go out on the town and flirt with everything that moves? Because that’s exactly what Rob is doing right now – he’s hitting every sleazy party in Hollywood and flirting with as many models as possible. Plus, he may be hooking up with Katy Perry and he may even be hooking up with Kristen Stewart, but he’s also sleeping around with a LOT of different ladies at the moment. I don’t think he has any intention of reuniting with Kristen right now, especially not after what happened between them.

In fact, the most probable theory explaining Rob’s playboy antics right now is that he’s still hurt from Kristen’s betrayal, and doesn’t want to get into another serious relationship with anyone else just yet. He was with Kristen for a long time, and it’s not easy to get over a relationship like that – especially when you have friends telling you that it’s a bad idea to go back to that person or dwell on it.

Or you know, Katy just wants Rob to herself and that’s why she’s prevent Robsten’s reunion.