BY Kristine Francis on May 5, 2014 | Comments: one comment
Related : Reality TV, Recap, Television 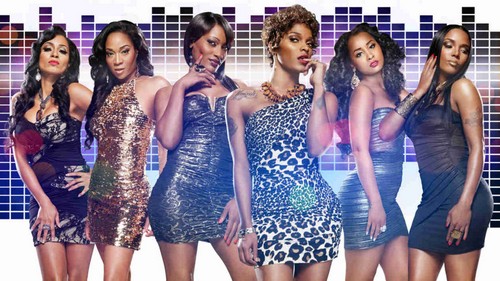 Tonight on VH1 LOVE & HIP HOP ATLANTA premieres with a brand new episode called, “The Next Chapter.”  On tonight’s show Stevie and Joseline celebrate moving to the next level in their relationship in the Season 3 opener. Also: Kirk and Rasheeda’s relationship is tested; Scrappy’s love interest runs afoul of Momma Dee; and Waka Flocka pledges to be faithful to Tammy.

The much buzzed-about series again delivers for its third season its signature brand of drama, music, temptation and love, with a few new faces added to the mix.

On tonight’s episode Stevie and Joseline celebrate the next step in their relationship, while Kirk and Rasheeda take two steps back. Momma Dee takes a bite out of Scrappy’s new love interest. Waka Flocka promises to be faithful to Tammy, and Nikko puts Mimi in a compromising position for the whole world to see.

Tonight’s episode is going to be filled with the usual Love & Hip Hop Atlanta drama and you won’t want to miss it, so be sure to tune in for our live coverage of the show tonight at 8 PM EST! While you wait for our recap hit the comments and let us know how excited you are about the new season of  “Love & Hip Hop Atlanta”.  Also we have a sneak peek video of tonight’s show below!

As for Mimi, she’s happy to put those two behind her. This year is all about what makes her happy and that’s why she and Nikko got back together despite her friends’ objections. And to add to their “incredible” love life they’ve also decided to make sex tapes as in more than one video is currently in Nikko’s possession.

This season introduces new faces such as Tammy. She’s the fiancée of international musical artist WAKA FLOCKA FLAME and these two have their own set of problems. Or in other words he’s cheated on her in the past and she’s had to find a way to forgive him. Which is why her wedding won’t be small!

This is kind of how love works in this business. Lil Scrappy was in rehab when things got messed up between him and Erica. Yet his new girl, Bambi, said she was talking to him during that whole time and since when has talk only meant talk.

Talk about a lucky escape for Erica. Since Scrappy she’s met someone else and this new guy has even given her a nice glow. As matter of fact her friends were just mentioning new people in their lives over lunch and complimenting Erica on said glow when Mimi brought up Nikko. Now the last anyone heard of him was when Mimi admitted to kicking him to the curb.

So to hear that Mimi is back with him comes as a surprise. No one likes him and then to hear how Mimi made sex tapes with him makes Erica and Ariane pause. They know that Nikko isn’t trustworthy and can’t understand why their friend would leave herself open like that.

Ariane just thinks that Mimi is dumb when it comes to men and she has a point there. After everything that Nikko did last year it wasn’t wise to put so much trust in him.

Then there’s Rasheeda. She had her baby and Kirk is being man enough to help her take care of their youngest, but they aren’t really back together. He’s more or less staying on at the house as extra help.

At the end of the day, Rasheeda needed him. She had complications with her last pregnancy and so his support was especially needed at the time however Rasheeda doesn’t want to forgive him so easily. The things he did can’t be swept under the rug. Though she did put on a happy face for Tammy and Tammy’s future mother-in-law when they all went out to lunch together. But while the ladies support Rasheeda; they also think she should give Kirk the benefit of the doubt. The couple had been together for 17 years and they don’t want their friend to simply throw that away.

The truth is there are several things stopping Rasheeda from reuniting with Kirk. Not only is her husband still arguing with her mother, but Kirk continues to doubt the paternity of his youngest. He doesn’t think Carter is his and only claims to be the baby’s daddy when he’s telling his mother-in-law not to kiss her grandson. So pretty much when it’s convenient for him.

Later on Nikko claimed his camera (with numerous videos of Mimi) was stolen yet he never said a word to Mimi until after he had made a deal. Mimi wasn’t happy about his plan though. She has a young daughter and she’s afraid of how her baby daddy will react. Stevie J isn’t known for being calm headed.

Momma Dee is back and she’s love to start trouble. She told her son and his new girlfriend every last bomb she had. Momma Dee told Scrappy that Bambi has another man out in LA and she told Bambi that Scrappy has chicks on the side.

At first the couple ignored her. They put down what she said as drunken rambling and then Bambi started questioning Scrappy’s commitment to her. So she asked him whether or not he loved her. And the closest thing he could give her was that he cared about her.

Stevie and Joseline celebrated their birthdays together and for the most part it was wonderful. The only mishap came when Ariane and Erica asked about the wedding. They wanted to know the date and if there was a real license. Then they gave Joseline a birthday gift from Mimi.

It proved to be too much for Joseline. She left the party early in Stevie’s car without him. And when he came home he received flak from his wife. Joseline wanted to be mad and she took it out on Stevie. As for Stevie, he made sure to sleep somewhere else that night.