BY Cate Meighan on June 25, 2013 | Comments: 2 comments
Related : Reality TV, Recap, So You Think You Can Dance, Television 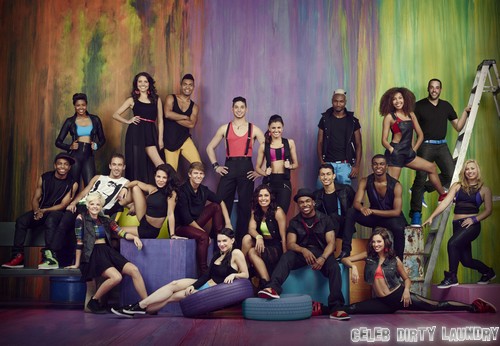 Tonight on FOX SO YOU THINK YOU CAN DANCE continues with a new episode. On tonight’s show it’s the first Live Show of the Season!  The Top 20 Dancers show America what they’re made of. Did you watch last week’s show? We did and we recapped it HERE, for you!

On tonight’s show beginning tonight, and for the first time on SYTYCD, viewers will be able to SuperVote – cast multiple votes online at one time –immediately after the performance show airs.  The real competition begins tonight when the Top 20 finalists will be paired into 10 couples and work with world-renowned choreographers who will create a dance routine representing each duo’s assigned genre.

So You Think You Can Dance Season 10 Episode 8 airs tonight at 9PM and you don’t want to miss the reveal of the first live show of the season.  Celeb Dirty Laundry will be live blogging the show each week, so don’t forget to come back to this spot at 8PM EST for our live recap!

Season ten of So you Think You Can dance begins with fabulous style tonight as the cast performs backstage to Puttin On The Ritz. They take us along thru racks of costumes and in the control room mixing all styles of dance until they hit the stage together. It’s a fun beginning and if you have watched the auditions then you already know that this season is going to be beyond crazy. The talent is ridiculous and it’s hard to pick early favorites.

Mary Murphy and Nigel Lythgoe are joined by Wayne Brady as this weeks’ guest judge and the action starts immediately.

Mariah and Carlos are the first couple up and they pulled a Jason Gilkinson jive out of the choreography hat. Get It Right by Fantasia is the music cut for this. Mariah is a krumper and she lost a bit of the bounce on her kicks but this was so fast and they kept up. Carlos was more comfortable and it was a good start to the show. Wayne thinks it was great from an entertainment viewpoint and Mary wants them to focus more on technique.

Jasmine and Alan are lucky enough to get a Travis Wall contemporary piece. They are blindfolded during the piece and it’s about loving someone they’ll never see. Can’t Help Falling in Love With You is as gorgeous as every other piece that Travis has done. They were blindfolded and their lines were stunning. Wayne comments about how he was never nervous for them because they were in such control. It’s true, you knew they really had each other.

Malece is paired with jade who is one hell of an animator and they get to work with Travis wall for a jazz routine. They have to portray two movie characters that just got their first reviews. Silver Screen really does bring out the best in both of them. It looks like Gatsby era- she is old Hollywood glamour and Jade, who has never partnered anyone, totally held her up in between his animating.

Jenna and Tucker pulled a Tyce Diorio broadway routine out of the hat set to That’s All by Kevin Spacey. They are a 40’s era couple that uses a clothes line filled with laundry as a prop. Mary thought it was fun and flirtatious. Wayne is kinda speechless during commentary. He thinks they were picture perfect old school Broadway. Nigel calls them a power couple on this season.

Brittany and BluPrint are taking on a Sean Cheesman Afro Jazz piece and it’s out of both of their comfort zones. Drumming Circle is fabulous and I’m thrilled to see BluPrint also pull off partnering and someone elses’ choreography. Wayne thought they were amazing and Nigel loved how Brittany went from ballroom girl to tribal sexpot.

[9:25:00 PM] Cate Meighan: Alexis and Nico are doing a Christopher Scott hip hop routine. Last Time is a really cool number and Alexis absolutely is an amazing performer. Nigel thinks that they didn’t really find their groove in this and Mary agrees. She refers to it as pleasant pop but they weren’t sitting in the pockets of the style.

Makenzie and Paul drew Viennese Waltz which is often the kiss of death. They perform to Avril Levigne’s I’m With You and it’s prop central. They have a bench and umbrella  and somehow manage to pull off a stunning dance. Mary thinks they were very at ease and Wayne loves how their grace made it all look so fluid.

Jasmine H. and Aaron are taking on a Sonya Tayeh routine which we all know is brutal. It’s a gritty piece about swamp people that is as tough as I expected. Wayne praises them both to the heavens. Jasmine is all kinds of linxy and Aaron is a big sexy dude with incredible grace. Nigel loves them both and states the obvious, they’ll both be around for a long while.

Hayley and Curtis get to do a Chris Scott hip hop number. Her characer is supposed to be the kiss of death and the routine is sexy, something they both seem afraid of in practice. Thankfully once they hit the stage they totally went with it. It was sexy as hell and fantastic. Nigel thinks they were tremendous and Wayne loved it.

Amy is paired with hip hop dancer Fik-Shun and they are doing a Sonya Tayeh contemporary piece. Amy’s character has a million unresolved issues to deal with and Fik-Shun gets to help her. Lots of really creative lifts and freezes in here. They work really well together and I’m think most of these couples are power players this season. They get a standing ovation for this.

Tune in next week to see who is in danger!