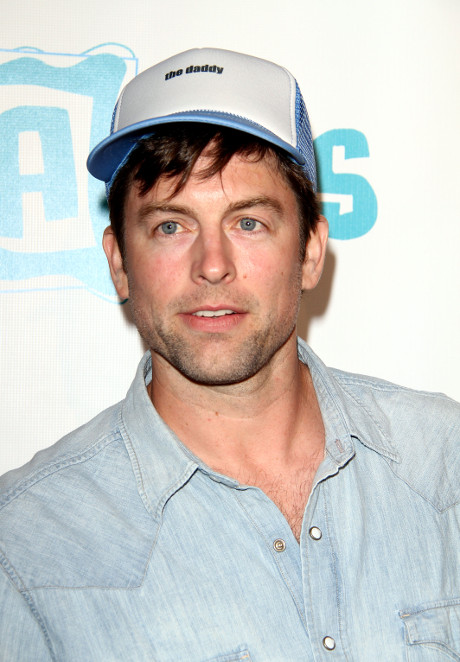 The firing of The Young and the Restless star Michael Muhney has been dominating headlines lately. Fans are threatening to boycott the show once his character leaves town and there’s a rumor that he got fired because he grabbed Hunter King’s breasts — twice. But that’s not all. It’s now being reported that a Y&R vet has wanted Michael gone for years.

Eric Braeden has played the ruthless Victor Newman for over 30 years. He also happens to play Michael Muhney’s father on the show. The father/son duo basically hate each other and life may be imitating art. A source close to Y&R production says the two actors have been at each other’s throats for years and it’s hard for them to even film a scene together.

The problem stems from acting techniques. Michael is a serious actor and is always prepared. However, soap vet Eric refuses to remember lines and ad-libs most of his scenes. Michael hated this and sometimes the actors would have to be separated before the altercations became physical.

“Production assistants are constantly placing Eric’s lines on props that he can read during filming. There is no other actor on the show that does this….he gets away with it because of who he is. Michael thought it was insulting not to just the scenes they filmed together, but to the entire show. Michael’s work ethic is top notch, and yes, he is a perfectionist, it’s what made him such a tremendous actor, and fans recognized that,” the insider told RadarOnline.

This isn’t the first time Eric has had problems with a co-star. Things got physical with Peter Bergman (Jack Abbot) in 1991. Victor and Jack have been on-screen rivals for decades. “Fans ask me most often: Do Eric and I get along in real life? My answer is….next question,” Peter Bergman recently told Entertainment Tonight.

He may not have been able to push Peter out, but with Hunter King’s allegation’s, Eric saw it as the perfect opportunity to finally get rid Michael Muhney. He has reportedly supported the 20-year-old every step of the way.

“If you are one of Eric’s allies, consider yourself lucky, if you get on his bad side, good luck. During this entire ordeal from when Hunter made the complaint, until it was made public, Eric has offered his counsel and guidance to Hunter, which she is very thankful for.”

I’ve been watching Y&R for five years and I wish there was this much drama on the actual show! Michael Muhney plays Adam Newman brilliantly. It is evident that he takes the role seriously, maybe a little too seriously. However, I do have to admit, I’m not sure the groping rumor is true. It is clearly wrong to assault someone in any way. Neither Hunter nor Michael has spoken on the rumor but, if he did, he should have been fired immediately. Soap operas get replacements all the time. Fans are already preparing for a new Billy Abbott debuting in a few weeks.

Do you believe Michael Muhney fondled Hunter King or did “Victor Newman” actually orchestrate the whole thing? Tell us what you think and leave a comment.