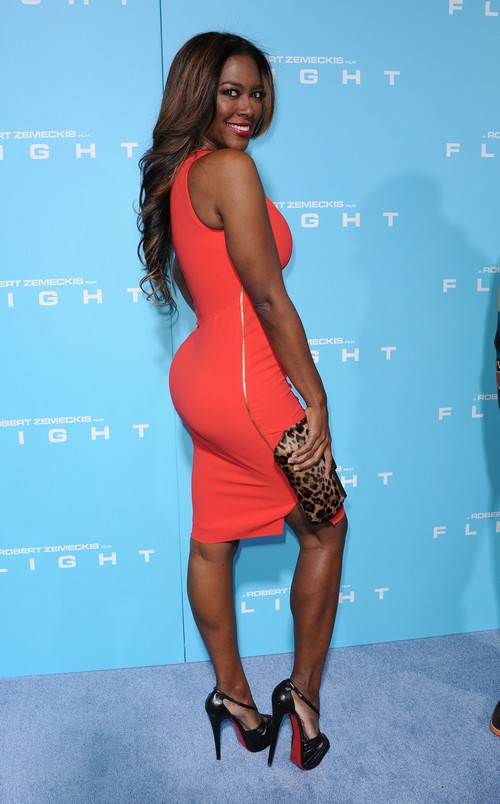 The NeNe Leakes and Kenya Moore feud is refusing to die down, especially since NeNe’s made it a habit to insult Kenya in public every chance she gets.

When spotted by TMZ cameras at Mr. Chow a couple of days ago, NeNe made it a point to diss Kenya, in addition to supporting fellow house wife Porsha Williams against Kenya. As we know, Porsha and Kenya got into a huge brawl during the Real Housewives of Atlanta reunion, and NeNe’s making sure that everyone knows which side she’s on.

She also told TMZ, “Kenya stupid. She need to fix her fake booty.” Basically, everyone is ganging up on Kenya because they’re jealous. Don’t believe me? If you look back on all the major feuds on the show, it seems that the housewives always manage to single out the most beautiful or the most successful and then proceed to make her feel horrible about herself.

It’s classic reality show drama – a group of people ganging up to get rid of the person that threatens them the most. Kenya is beautiful (former Miss USA) and classy (by Real Housewives’ standards), and Porsha and NeNe hate that. And then, of course, there’s Phaedra Parks, who especially hates Kenya because Apollo Nida likes her a tad bit too much.

Anyway, compared to the rest of them, Kenya’s probably the least likely to have actually gotten ass implants. She’s got an ass, certainly, but it’s not anywhere near Kim Kardashian proportions. It’s just NeNe’s jealousy talking, and don’t think you’ve heard the last of this feud. And maybe before NeNe talks about other people’s possible plastic surgery she should address her own nose job?