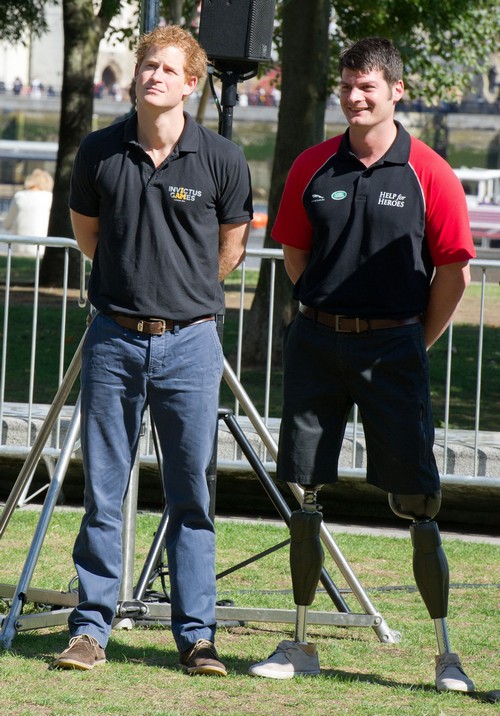 Prince Harry‘s 30th birthday party is coming up today, September 15, and Kate Middleton was reportedly the prime party planner for the event. However, Kate’s recent pregnancy and health woes [thanks to the horribly named Hyperemesis Gravidarum] haven’t really left in her a fit state to party plan. Unfortunately for everyone, that means that Harry’s stuffy, boring birthday party has been averted.

Sorry, did I mean unfortunately? While Harry’s undoubtedly worried and concerned about his sister-in-law’s health, I don’t think he’s going to lose any sleep over her party getting cancelled. First of all, it’s not like he’d have had a great time at this party to begin with. Let’s just say that Harry’s party tastes and Kate’s party tastes? Yeah, not so similar. Prince Harry would have attended out of obligation, but he would have been stuck hanging out with people twice his age, and he’d have been forced to behave himself, something that goes terribly against his natural instincts.

However, now that Kate Middleton sponsored birthday party’s been cancelled, he’ll be free to party as he wishes. Now, he probably won’t end up back in Vegas, but don’t bet against him partying like he did at Guy Pelly‘s wedding. In fact, if he didn’t have a girlfriend [Camilla Thurlow], it would have been likely that he would have had several unnamed hookups. As it is, I don’t know how he and his friends are going to restrain themselves enough so that they don’t cause a scandal. After all, you only turn 30 once! And in Harry’s case, that means he’s getting closer and closer to marriage and babies, something that will no doubt inhibit his drinking and partying to a much greater degree. He probably realizes this, and in that scenario, might even view this birthday as the last chance to go crazy before becoming all respectable and royal.

Prince Harry at The Invictus Games