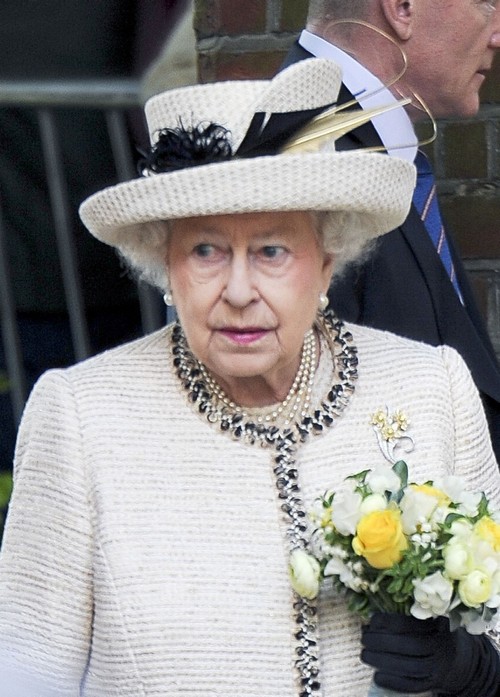 Well, well, look what we have here. King Juan Carlos of Spain has made the decision to abdicate in favor of his 46-year-old son, Crown Prince Felipe, despite having been on the throne for four decades. Queen Elizabeth taking note, perhaps?

Juan Carlos’ decision to abdicate comes on the heels of his declining popularity in Spain, following the royal family’s corruption scandals and the focus on their extravagant spending during economic crisis in the country. Granted, he’s also facing some minor health problems, but nothing that would keep him from the throne if he really wanted to remain the king. He’s 76 years old, but Queen Elizabeth is 88 years old and has been ruling with a steady hand for the past few decades.

Either way, Prince Felipe is significantly more popular with the public than most of his royal relatives, and he’s remained thus far relatively untouched by most of the scandals plaguing his family. He’s married to a ‘civilian’, i.e. a television journalist, and he’s always been more relatable to the public than his father.

Sound familiar? Relatable, popular with the public, has a wife that’s not from the upper echelons of high society? You could use the same adjectives to describe Prince William, the Queen’s grandson and 2nd in line to the throne. We all know that Queen Elizabeth is just years, if not months, away from abdicating the throne. Like we said, she’s 88 years old, and she’s not going to be able to rule forever. However, we’ve heard from many royal sources that the Queen is hesitant to pass off the crown to Prince Charles, who she considers a public embarrassment. He’s constantly putting his foot in his mouth, and if he does take over the crown, he’ll no doubt make public gaffe after public gaffe – and the royals really can’t afford that.

Thus, it’s very possible that the Queen encourages Charles to follow in Prince Juan Carlos’ footsteps. Spend as little time on the throne as possible, and then pass off the crown to Prince William to make way for the younger generation – much as Juan Carlos did. But will Charles agree? Only time will tell.