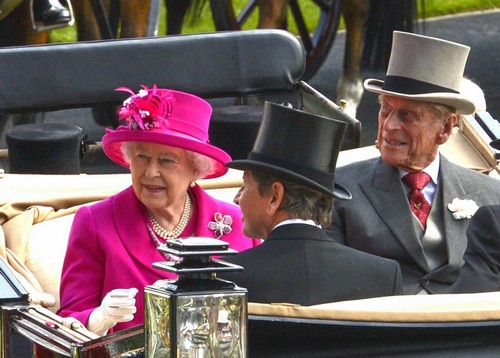 The average “Employee of the Month” receives incentives, pay raises, company cars, ammo and Haitian voodoo dolls. Said “Employee of the Month” will eventually turn into Judi Dench and Gary Busey’s love child (sleep deprivation is a bitch), so it’s better to burn those badges and dance in the fire, because your ambitious ego trip is no match for The Queen (dun, dun, dun!). Yes, THE Queen; the old lady with more money than God, Queen Elizabeth II.

Most people would sell their souls to Bruce Jenner for a 5% pay raise. The recession caused regression: people ate tears for dinner and watched reruns of The Apprentice on a broken TiVo, sleep deprived, blue-eyed boys and girls turned into “Employees of Never”, and Kim Kardashian sold a rusted earring to a homeless person.

Her hard work didn’t go unnoticed – the female version of Benjamin Button was given a $3.41 million pay raise this week. She is already worth $600m, so a couple of extra millions won’t hurt. The “sovereign grant”, which covers most of the Queen’s royal costs, comes from the profits of the Crown estate. She could have burned the Diana movie set to the ground, but she opted for a golden light bulb instead. (Priorities woman!)

The 88-year-old blue-blood carries out over 430 engagements per year – e.g. dinner with Barack Obama followed by a Games of Thrones marathon at Oprah’s place. She also does paperwork and Camilla-hating on a daily basis – it is said that her “light is the last to go off at night”. (Poltergeists anyone?)

Prince Charles will inherit his mother’s (mis)fortune one day, but don’t think for one second that Poor Charlie and Camilla Horsebrain will switch on the Queen’s midnight light.