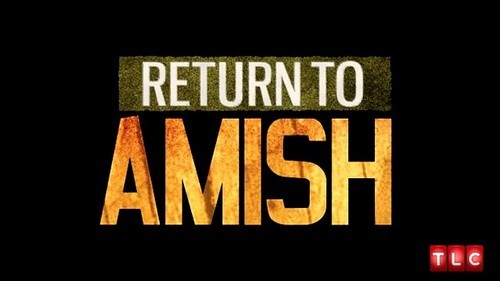 Tonight on TLC Return to Amish, the Breaking Amish spin-off airs with a new episode. In tonight’s episode “The Shunning Truth,” the men and women of Return to Amish are together again for a revealing one-hour reunion special.

On the last episode Andrew and Chapel prepare for their big day, but nothing ran smoothly! Rebecca gave some important advice, while Abe worried about the wedding activities. Meanwhile, Jeremiah made a final commitment and did Chester and Mary show up for the big day? Did you watch last week’s episode? If you missed it we have a full and detailed recap, right here for you.

On tonight’s episode the men and women of Return to Amish are together again for a revealing one-hour reunion special. Hosted by Michelle Beadle, we’ll delve into the lives of each person and hear what they’ve been up to since the show ended.

It doesn’t seem like the end of Return to Amish and yet that’s what tonight signifies. It’s the reunion show and tonight on the Shunning Truth – we all get to hear from our favorite ex and, in one, returning Amish. So of course the first anyone wants to hear from is Jeremiah.

At this point in time he is still trying to re-enter the church but his former cast mates are very open in admitting they don’t think he’ll stick it out to the end. As Sabrina likes to points out, it’s nearly impossible for Jeremiah to give up sex. And that’s something Jeremiah is going to have to do. He’s divorced and if he’s allowed back in then he can never get re-married. So even if Sabrina is blowing his sex drive out of proportion – can anyone picture Jeremiah actually living his life completely celibate?

But this season showed a news side to Jeremiah. When he told Mary about his mother – it let people see how much of a scared and unloved kid he still was. A lot of his actions can be laid at his mother’s door. If she only had re-affirmed her love for him when he needed her to then maybe Jeremiah would have always stayed Amish.

Jeremiah says he’s returning to the church now because it keeps him out of trouble and he could be right. He’s had problems with the law and tonight it was finally revealed why he thought Kate was getting a leg up in her career – he thinks a secret organization is helping her behind the scenes. Specifically the illuminati. He’s so deep into his paranoia that he truly believes the death threats he received over Facebook came from the group seeing as he’s been talking about them for a while.

Kate though swears her career and all the accomplishments she received from it – was her own doing!

A lot has changed for the cast this season. Just look at Sabrina. She had a baby and for a while there a lot of people were worried about how much she knew about taking care of kids. It had looked like her upbringing in the Mennonite community had left her woefully ignorant. When what really happened is that Sabrina is just a little bit weird. She had asked if “the butt hole would go flying off in she push too hard” simply because that’s how her mind works.

She’s the weird one, Kate is known as the “perfect one”, and Rebecca isn’t afraid to say she’s a bitch. It’s who she is and so Kate’s really shouldn’t look for an explanation when she sees Rebecca make some snide remark about her. You’ve known for years – perhaps it’s time to lower your expectations!

The only thing to really come as a surprise is Katie-Ann. After months of being at a standstill, she did come to decision about her life and that’s why she announced she’s going to go live in the English. Katie-Ann wants to be English and later on she plans on joining the rodeo. Soon she’ll be moving out with her boyfriend. So now Mary and Chester have lost three children to the English world.

But never fear, Mary might very well be right behind her. Mary, very adamantly, refused to abandon any of her children and everytime she has left to go join them – she would be shunned by her community.

Getting shunned is nothing new to Mary. She was going to keep doing whatever she wanted and then merely return home at the end of the day to accept the consequences. However her situation changed this season when the Bishop shunned her husband (for the first time) as well. Chester is more attached to the church than she is so she never even assumed he would be shunned over her transgressions and learning that he did made her angry.

One of the few reasons Mary has stayed Amish is because of her husband. If he were to get tired of it at any point in time then she would happily leave. But so far he’s stopped just short of total rebellion. He went to his son’s English wedding after he was warned not to.

Andy’s parents saw for themselves how important it was for them to be at Andy wedding. His brother, Abe, was different. Abe and Rebecca say they realized how much going to their wedding would cost his parents so they hadn’t made a big deal. Yet Andy was marrying someone he could potentially lose very soon so he needed his parents to help make this as happy an occasion as possible.

Chapel was holding off on going through treatment and his brother was being a jerk so he needed them!

One of the viewers wrote in for tonight’s episode, and she described this set of Ex-Amish, Amish, and returning Amish perfectly. Though they may bicker and fight – this group of people will always be there for each other. A family is still a family even if it is dysfunctional!