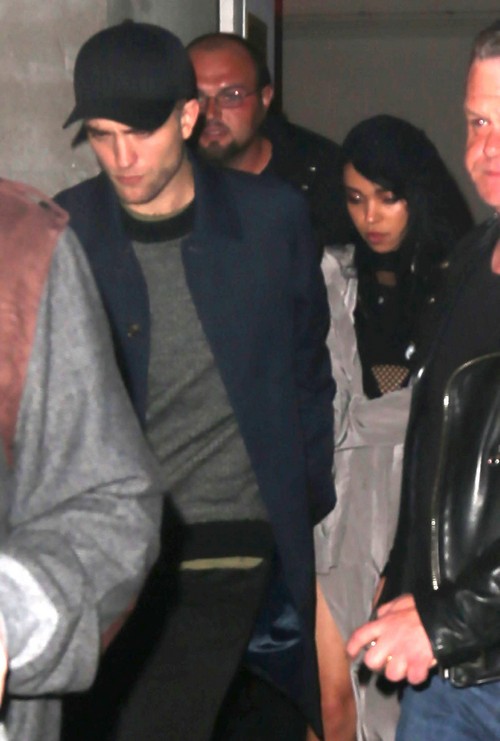 Robert Pattinson has just put down a huge chunk of change for a private home in the Hollywood Hills, even though he claimed just a few months earlier that he intended to go back to England. So if his relationship with Kristen Stewart isn’t keeping him in LA, and his career certainly isn’t keeping him in LA, then what caused the change of heart? Why, Robert Pattinson’s new girlfriend, FKA Twigs of course.

Robert Pattinson has been dating FKA Twigs for a few months now, but they’re progressing at breakneck speed. They’re supposedly living together already, and I wouldn’t be shocked to hear an engagement announcement soon. No, seriously, why would that be so surprising? Rob loves to get himself into long-term domesticated relationships, and buying a little love shack with FKA Twigs is the perfect way to do that.

What does it matter if FKA is just using Rob for her own career? If he’s in on it, why should it matter? They’re both grown adults, and they both know what they want. Plus, it’s not like Robert Pattinson doesn’t have the money to buy himself a house, thanks to the bucket loads of cash that are probably still rolling in from the Twilight franchise.

I’m sure it’ll be annoying for Kristen Stewart to have these two living in her city, but she has her ‘art’ to keep her company now.

What do you guys think? Is Robert Pattinson buying this Hollywood Hills home as a love shack for FKA Twigs? Or is he just making sensible real estate acquisitions? Or both? Let us know your thoughts in the comments below.

Robert Pattinson and girlfriend FKA Twigs leave her concert in Brooklyn tonight flanked by security and keeping their heads down in New York City, New York on November 10, 2014. Robert brought FKA Twigs some roses for her concert last night. FameFlynet