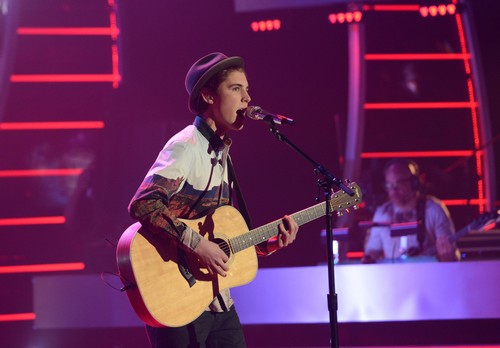 Sam Woolf sang, “Hey There Delilah” by Plain White T’s for his song choice for the “(I’m With The) BAND!”– themed performance show. The IDOL hopefuls will act as the lead singer for Rickey Minor and his band, performing their favorite songs. Did you watch tonight’s performance show?  Just in case you missed tonight’s show we have you covered and you can read our full and detailed recap here!

On last week’s episode Sam sang “We Are Young” by Fun and Keith liked his rendition saying, –  “I got a good feeling that as much as I would love more time to speak to you I am going to get more time next week.”