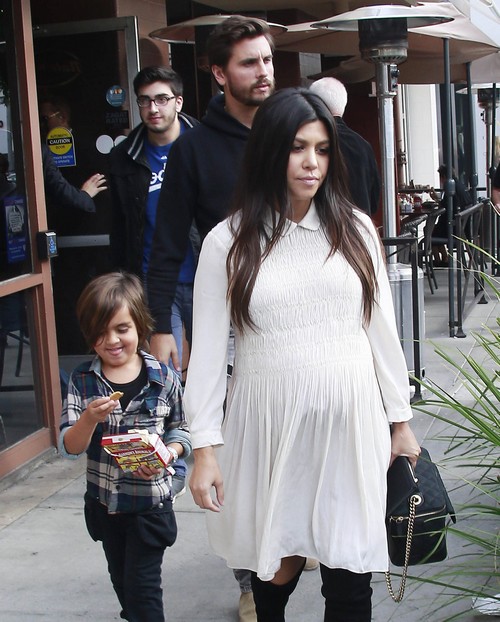 Initially, it just seemed like Scott Disick’s and Kourtney Kardashian’s relationship troubles were all centered on Scott’s drinking problem. Since the unexpected death of his parents, Scott has been acting out in every way possible, but the biggest issue with his behavior has been his over-reliance on alcohol. He’s been drinking and partying non-stop for the past year, neglecting Kourtney, neglecting his children, and neglecting his family.

However, in a new preview clip from Kourtney and Khloe Take The Hamptons, Scott Disick revealed that he and Kourtney Kardashian have actually not slept together in five years! Five years! Is Scott implying that Kourtney is frigid? The clip shows Scott deciding to return from rehab early, and when Kourtney says, “That’s why I feel like having space so that we can each think clearly,” it leads to Scott replying, “How much more space do you need?! We haven’t slept together in five years! What’s the difference? Honestly, though? I mean, I love you, yeah, but like we really are…”

First of all, this is not a conversation they should be having in front of cameras. Like, seriously?! You can never tell how much of it is fake and how much is real with these people. Are they putting it on for the camera? I find it hard to believe that they haven’t slept together in five years, especially considering that they just had a daughter and Kourtney is pregnant again! What, did they freeze Scott’s sperm and artificially inseminate Kourtney’s ova? Sure, that’s a possible scenario, IVF is common amongst the rich, but I feel like Scott Disick would have left Kourtney Kardashian a long time ago if they had stopped sleeping together. Note that Scott is a rich man in his own right and doesn’t need Kourtney’s money.

Any way, I’m chalking this up to Scott Disick being over dramatic and trying to make a point for the cameras. I don’t think anyone’s taking him literally when he makes the five year comment, least of all Kourtney. Instead of freaking out about what he’s saying, she simply replies with, “I just want to change. I don’t want to fall back into the same habits, the same routine.”

Yeah, good luck with that. You’re part of a million-dollar empire run by the most ruthless pimp mother in town. Good luck ‘changing’.