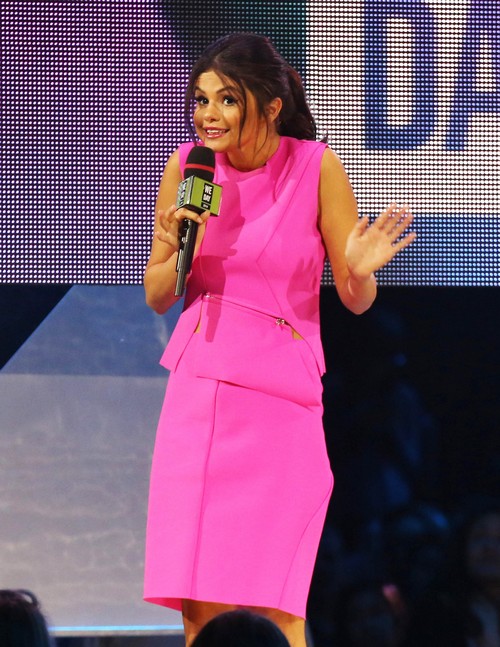 There are rumors that Selena Gomez is dating Justin Bieber again very quietly and arranging a Christmas getaway to the Caribbean so she can have her lover all to herself. Justin Bieber and Selena Gomez have been sneaking in some much needed alone time, right on the heels of their very public breakup. It seems like every time they end their relationship, they quickly get back together mere days later. This time around, it took them slightly longer to reunite, i.e. weeks instead of days. But in the larger scheme of things, Justin Bieber and Selena Gomez are still acting like idiotic love-sick teenagers who can’t see past their doomed love nonsense.

Selena should know by now that Justin is a terrible influence on her, right? When has anything good happened to her while she’s dating him? More to the point, when has Justin even treated her with a modicum of respect? He constantly cheats on her with second rate Instagram models, and walks around with a ridiculous swagger that he in no way earned. But for what it’s worth, they say love is blind for a reason, and teen love even more so. Selena Gomez might unfollow Justin Bieber on Twitter every time he pisses her off, but she always, always gets back together with him in the end.

Right now, Justin and Selena are back together, but who knows how long that will last. According to sources close to Selena, she and Justin are planning to spend Christmas together on a secret getaway to a Caribbean Island. They’re apparently trying to keep this reunion as silent as possible, probably because Selena knows she’ll get flak from her friends, family, and her fans if she goes back to Justin after the way he treated her. But you know, she’s doing it anyway, so that says all you need to know about her state of mind regarding this relationship.

What do you guys think about the Justin Bieber/Selena Gomez reunion and/or vacation?