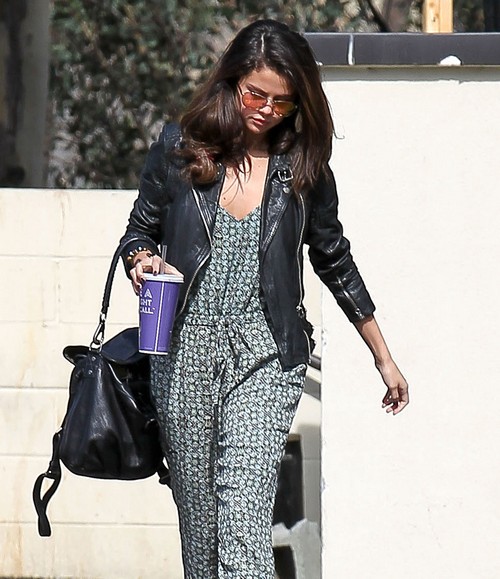 The rate at which these young celebrities are dropping is alarming, isn’t it? This is why child stardom should come with a massive, giant hazard label. Even celebrities that seemed as well-adjusted and normal as Selena Gomez are turning out to have serious issues as a result of their fame.

Certainly Selena’s booze-filled f**k-fest visit over Valentine’s weekend to London and Niall Horan, where she got her revenge on both Justin Bieber and Barbara Palvin, is a bad sign.  There is nothing stable or sane about Selena Gomez today and  posting a pic of herself drinking alcohol fresh out of rehab augurs poorly for troubled star.

According to a new report from Star Magazine, Selena is once again headed back to the psych ward as she heads for another breakdown. Keep in mind, this obviously is not verified, but it wouldn’t be that surprising to find out that it’s accurate. Selena was already admitted to rehab last month due to substance abuse issues, and she managed to keep that under wraps for a while. Who knows what else her team is keeping quiet? After all, Demi Lovato was dealing with major issues for a long time before she went public with them.

Anyway, Star’s source explains that Selena’s friends are worried that she could end up back in rehab, adding, “She’s still very fragile and not coping with her problems at all. She’s jabbering to herself, and everyone is worried she’s about to pull a Britney Spears. She’s a very troubled young girl, and if she doesn’t get it together, the psych ward could be next.”

Well, Britney Spears was diagnosed as bipolar, so it really depends on what Selena’s diagnosis is. Did she attend rehab for drugs and alcohol as rumored, or was she there for psych treatment as well? Is she undiagnosed bipolar, or is she just trying to recover from a messy relationship? It’s true that two weeks is definitely not enough for anyone to recover from a major addiction, but without knowing more about Selena’s condition, it’s hard to say what’s required and what isn’t – only that partying and drinking probably isn’t helping.

What’s in the cup?