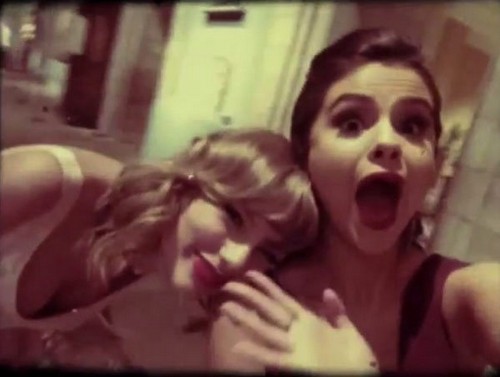 Has Selena Gomez kicked her parents out? All over that annoying and spoiled brat of an ex-boyfriend, Justin Bieber? If she did, then she’s an even bigger lost cause than I predicted. However, knowing how close Selena is to her family, I have trouble believing that she would do something so drastic. Then again, she did fire them over the Justin Bieber debacle with absolutely no warning, so maybe it’s not so shocking to hear that she kicked them out for the same reason.

Selena and her parents, Mandy and Brian Teefey, seemed to be locked in a battle of wills over her recent behavior, if the rumors are true. She’s been drinking, partying, and generally not acting like herself – and then there’s the whole thing where she got back together with Justin, who is quite possibly the worst influence in the world. But she stayed with him, clearly choosing him over her close friends and her family. But not even a month passed before she realized her mistake, and then dumped him again after Coachella weekend, where she supposedly caught him trying to hook up with Kylie Jenner.

So now Justin’s already moved on with a harem of new girls, but is Selena still angry at her parents? A report from In Touch Weekly suggests that Selena and her family are still embroiled in a huge feud. A source explains, “Selena doesn’t want to support [her parents] anymore.”

Apparently, Selena’s parents still live in the house that she bought them in 2011, but she’s now selling the house to ‘get revenge‘ on her family.

At the same time, other sources are claiming that it was not Selena’s decision to put the house for sale, which means her family must have done it, no? Maybe it’s their way of cutting themselves off from her instead? Because while I can believe that Selena would want to stop supporting her parents if they were fighting, I don’t think she would leave her little sister without a place to live.

Do you agree? Let us know your thoughts in the comments below.