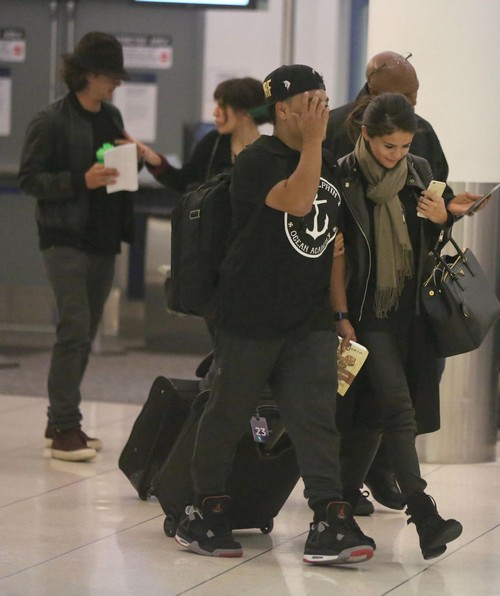 Orlando and Selena already have some history behind them, since the two were rumored to be hooking up earlier this year. However, Selena Gomez’ on-again/off-again/on-again romance with Justin Bieber soon put a stop to that, and Orlando supposedly moved on. But alas, both Orlando Bloom and Selena Gomez were spotted departing from LAX on October 20th at the same time – and together. Dun dun dun….

It’s becoming pretty obvious that Selena and Orlando are ‘hanging out’, and yes, we mean that as a euphemism for sex. What, you think they’re intellectual equals sitting down and discussing Nietzsche? Puh-lease, this is total revenge dating. Selena Gomez dumped Justin Bieber for cheating on her with Kendall Jenner, and after unfollowing him on Twitter [for the millionth time], she decided that cutting off contact with him wasn’t enough. So what did she do? Well, she re-initiated contact with Justin’s sworn enemy, Orlando Bloom.

Ok, sworn enemy sounds a little dramatic, but the Orlando Bloom/Justin Bieber feud is about to go nuclear. Justin isn’t going to sit quietly while Orlando Bloom hits on his ex-girlfriend, even if it means puffing up his chest and acting like a deranged punk. Meanwhile, this Orlando Bloom/Selena Gomez hookup will go viral, ensuring that both of their exes know about it.