So You Think You Can Dance LIVE RECAP: Season 11 Episode 4 “Auditions #4 – Atlanta”

BY Amanda Austin on June 19, 2014 | Comments: one comment
Related : Reality TV, Recap, So You Think You Can Dance, Television 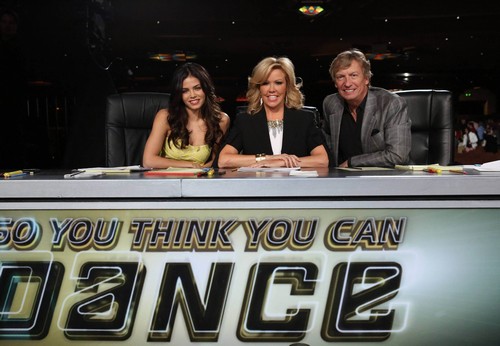 Tonight on FOX, SO YOU THINK YOU CAN DANCE continues with a new episode. On tonight’s episode the fourth round of auditions features dancers in Atlanta. Jenna Dewan-Tatum and Charles “Lil Buck” Riley are the guest judges.

On the last episode of SO YOU THINK YOU CAN DANCE, Christina Applegate was the guest judge in Los Angeles; Billy Porter and Misty Copeland were guest judges in Philadelphia. SYTYCD alum Jenna Johnson returned to partner with Landon; he helped her make the show during her auditions but he was too young to compete back then. So she returned to help him make it on the show. Not only did Landon make it though, but Jenna was formally invited back as an all-star. Did you watch the last episode? If you missed it, we recapped it all right here for you here.

On tonight’s show Jenna Dewan-Tatum and Charles “Lil Buck” Riley Guest-Judge. The search continues tonight for America’s Favorite Dancer as SO YOU THINK YOU CAN DANCE heads to Atlanta! See what happens when the best dancers – skilled in everything from Ballroom and Ballet to Salsa, Jive, Hip Hop and Krumping – all compete for a ticket to callbacks. Find out who the judges believe have what it takes and who trips

The final stop of the So You Think You Can Dance audition tour takes place tonight in Atlanta. The SYTYCD judges Mary and Nigel will be joined tonight by guest judge Lil Buck.

The first dancer to audition for the SYTYCD judges is 18-year-old Mariah Reives. After she performs her jazz routine, all three judges give her a standing ovation. Mary says, “that was so much fun, so entertaining. You’re a real actress up there on that floor. I can see you doing almost anything we ask you to do.” Lil Buck agrees that she was amazing. Mary, Nigel, and Lil Buck put Mariah straight through to the next round.

Up next is a hip hop dancer named Eric “Silky” Moore. Nigel says, “Silky, I like you and I like your musicality. I like the fact that you did all of your homework and you knew your music backward and forward.” Nigel and Mary agree, and they tell Eric to come on down and get his ticket.

18-year-old Kelly MacCoy takes the So You Think You Can Dance stage next and performs a jazz solo for the judges. Afterwards Nigel says, “You need to be careful you have a bit of a swayed back. You gotta concentrate on that. Very very good in deed.” Mary says that Kelly brought a lot to the table, but she doesn’t necessary agree with all of her facial expressions. Lil Buck agrees and they put Kelly through to the next round.

Members of Dragon House dance crew have dominated So You Think You Can Dance for the last few seasons, including Sirus and Blue Print. Up next is one of the founding members of Dragon House, Christopher “Mr. Strange” Griffin. The judges are unanimous and don’t need to discuss it, Mr Strange is getting a ticket to the next round.

Conrad Dechabert takes the stage next to audition for SYTYCD. He tried out last year in Memphis but the judges didn’t put him through because they though he dances too feminine. After his audition Nigel says, “you danced very strongly there.” Mary agrees, “the beginning was so animalistic and you are really talented. I think the choreographers in this show could really get a lot of you.” Lil Buck agrees and adds that he thinks Conrad is a “really strong dancer.” The judges agree to give Conrad a ticket and put him through to the next round.

A hip hop dancer named Tavias, and Season 10 dancer Fik-Shun’s friend is auditioning next. After his performance, Lil Buck says “I’m not gonna lie, I loved it. You showed a lot of diversity, you added the tumbling, the gliding, the bone-breaking. I’m a really neat freak about glides, but you kept my attention.” Mary agrees and says she loved Tavias’ performance. Nigel, Mary, and Lil Buck agree to put Tavias through to choreography to make sure that he can dance with a partner and not just hop hop.

Another Dragon House dancer named Branden AKA “Sideshow” auditions for SYTYCD next. He makes it clear he isn’t a hip hop dancer, he’s a “funk dancer.” After a strange rant to the judges, he announces he doesn’t want to talk anymore, he wants to dance. Afterwards Nigel asks him why he said he is pop locker, and he wasn’t pop locking. Mary says aside from the lack of pop locking, she did enjoy it. He begins arguing with Nigel, and telling him that he hurt his feelings. Lil Buck tries to critique him but he continues arguing with Nigel. The judges tell him it’s a “no” and send him home. As he is leaving he calls Nigel a “sissy.”

For day #2 of SYTYCD auditions in Atlanta, Jenna Dewan-Tatum joins the judges. The first dancer to audition on Day #2 is 18 year old Florida native Ricky Ueeda. The judges rave that Ricky’s performance was amazing, and Mary says “it’s so much fun to see someone soar across the stage like you did.” Jenna agrees and says, “You were amazing, you lit the whole room up, this is hot tamale train.” The judges agree that Ricky deserves a ticket to the next round.

SYTYCD alum Marissa Milele takes the stage next to audition for the judges. Afterwards Nigel announces, “You are this season’s beast.” Jenna agrees and says she is a “power house.” The judges are unanimous and tell Marissa to come on down and get her ticket.

Up next is 26-year-old Elaine Kimble. Mary says, “Elaine you have some beautiful lines, I think that you could dig deeper and really bring an amazing performing to us. I feel like you played it just a little bit safe.” Jenna agrees with Mary and thinks that she should “really feel what she is doing instead of making sure it is really pretty and nice.” Nigel doesn’t think that the music really matched her dancing. The judges decide to put her through to choreography.

Atlanta native Brandon “Crazy Legs” Jacobs is up next on So You Think You Can Dance, tells the judges he is dancing “ATL Crank,” which is a fairly new style of dancing. Mary says, “You got your crank on up there for sure. I certainly am no authority in crank, but I loved the education you gave me. It was fun. You did a good job.” Jenna agrees, she says she really liked his performance, it was fun. The judges put Brandon through to choreography to see if he can do anything besides cranking.

The next dancer to audition is 18 year old Angelina Granitz. Nigel says Angelina is two completely different people than when she is talking and when she is dancing, he says an inner spirit comes out during dancing. Mary says Angelina is “breath taking and from the second she started she drew me in.” Jenna agrees and says she was mesmerized by her. The judges tell Angelina to come down and get her ticket.

Christina Moya-Palacios takes the SYTYCD stage next to audition for the judges. The judges don’t even both critiquing Christina, when she is done with her performance they all jump up and tell her to come down and get her ticket.

The final Atlanta dancer is Jerrod Swain, another ATL cranker. Nigel says his performance was really fun, but he wanted to see more from him than just pantomiming. Mary says that she thought it was really entertaining, but she wanted a little more from him. Jenna says his “popping was amazing” and she liked him. The judges agree to put Jerrod through to choreography to see if he can dance with a partner. Unfortunately, the judges weren’t impressed with his choreography performance and decided to send Jerrod home.