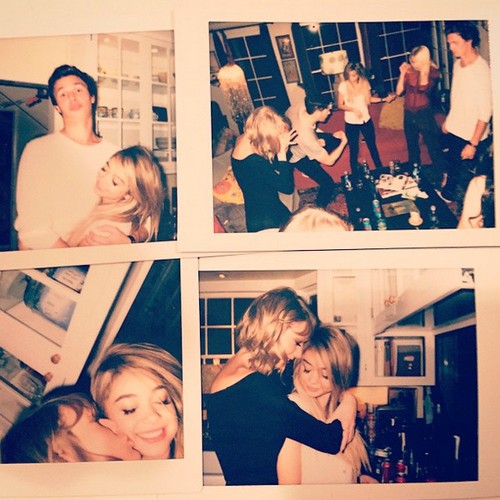 Are Taylor Swift and Ansel Elgort the country’s hottest new couple? That seems to be the case with the former country singer and the actor were seen getting cozy and close at the 2014 American Music Awards on Sunday. The rumors of their union have already gained so much traction that fans have dubbed them “Tansel”. How cute, right?

The young couple were seen at the awards show getting up close and personal, according to reports. In pictures, they were even seen cuddling with one another. Fans think that they look so cute together that they could really make it as the new “it” couple of the year!

Taylor had seemingly sworn off men for a while after finally ditching One Direction singer Harry Styles. She had gone through Jake Gyllenhaal, John Mayer and Conor Kennedy, among others. Now, it appears that she has moved on to the likes of Ansel Elgort.

Taylor and Ansel met at the 2014 Teen Choice Awards earlier in the year when she presented the surfboard to the actor for Best Movie Actor for his role in “The Fault In Our Stars”. He shared a picture on Instagram of the occasion with the caption: “Real life?????? This is insane. I can’t thank you all enough for voting for me. Yes that’s Taylor Swift giving me the surfboard. Wtf is life… #tfios”.

Tay Tay might not be too keen on this relationship just yet – that is, if he doesn’t make feel as giddy as she does when she looks at coffee. When speaking of fairytale romances, she said, “Wow, I really used to think that happily ever after was a thing. Not in those simple terms. I think that no matter what you find in terms of happiness and compatibility, there’s always going to be a struggle attached to it. I used to believe that you find the one and that’s it; Nothing’s difficult after that. But then again, I know nothing now. I know legitimately nothing about lasting relationship experiences because I don’t have them.”

With regard to her coffee obsession, she added, “Coffee’s a big part of my life. Skinny caramel lattes are a daily thing that I get excited about and I never stop being excited about. So if I could just find one person who I felt that way about – the way I feel about coffee – then I think I’d be in a content relationship.”