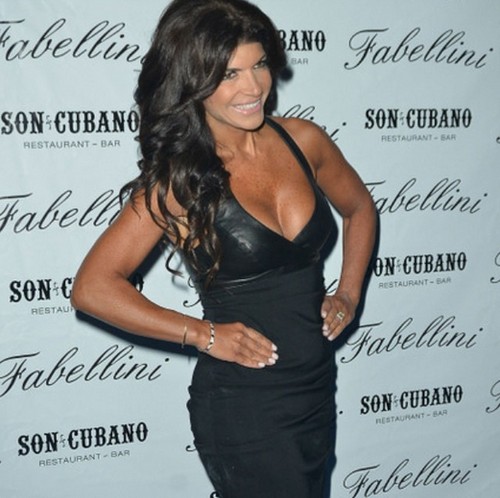 Bravo’s pride and joy, Real Housewives of New Jersey is sinking faster than the Titanic, and we can’t help but wonder if Teresa Giudice and her legal woes are to blame. There is a fine line between being a reality TV train wreck but entertaining to watch, and being just a downright horrible person that nobody wants to see on their television screens – and that is why she will be fired.

In the beginning Teresa’s antics made for good TV, she was a villain and always dishing out drama. But as the seasons passed, and Teresa and her hubby Joe Giudice were eventually indicted, it became clear that she was just a lying, stealing, fraud. America used to laugh with Teresa Giudice at the people she made fun of on RHONJ, and now we are all laughing at her – but not in the numbers Bravo needs.

Ironically, Teresa must have finally realized that she lost her Queen Bee status and is going to be fired, because she is refusing to even film the reality TV show properly for Bravo anymore, despite the fact that she is contractually obligated to finish filming the current season. With Teresa’s trial date rapidly approaching, she has decided she wants to spend her final days before she goes before the judge (and possibly to prison) with her family sans a TV crew.

Teresa Giudice is just the beginning of Bravo’s lengthy list of problems with Real Housewives of New Jersey’s ratings and cast. Dina Manzo’s major comeback was expected to boost RHONJ’s ratings, but her lame storylines on the reality show have actually hurt ratings and not helped them. Despite just firing Jacqueline Laurita, rumor has it TPTB had to beg her to come back to RHONJ to appear in the second half of the current season in an attempt to salvage some of the ratings. And, some of the newcomers that were added to Real Housewives of New Jersey’s cast to boost ratings, and not settling well with long-time fans.

What do you think RHONJ fans? How do you feel about the current cast of Real Housewives of New Jersey? Do you think that Teresa Giudice is actually hurting the ratings instead of helping them? Let us know what you think in the comments below!