The Bachelor 18 Winner Spoilers: Nikki Ferrell or Clare Crawley To Write Tell All Book With Naked Pics of Juan Pablo? 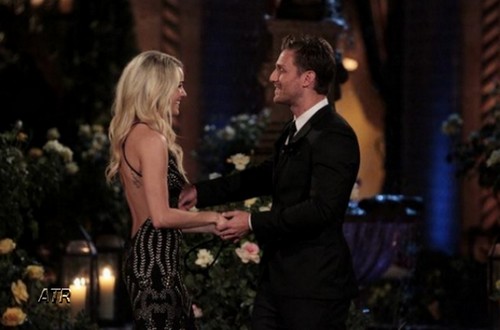 The Season 18 Bachelor Juan Pablo has left a sour taste in a lot of people’s mouths, including the bachelorettes that he sent home this season. In the Women Tell All episode Juan Pablo’s ex-bachelorettes ganged up on him and slammed him for multiple things. Two women weren’t present at the Women Tell All episode though, Juan Pablo’s Final Two Clare Crawley and Nikki Ferrell. Once the season finale of The Bachelor airs next week on ABC, they will be able to share their thoughts and opinions on Juan Pablo, and that is when the real fireworks will start. SPOILER ALERT!!

It’s unanimous, America (and Reality Steve) are certain Nikki Ferrell will be chosen as the winner of the Season 18 of The Bachelor. The real question is, what happened to the happy couple after the cameras stopped rolling? Were they ever a couple? Nikki and Juan Pablo were never engaged, and were already broken up before The Bachelor began airing on ABC. Since The Bachelor premiered Juan Pablo has been linked to several different women, and none of them have been Nikki. If anyone deserves a Tell All episode, it’s Nikki Ferrell. And, once can only imagine the horrible things the scorned ex-Bachelorette will have to say about Juan Pablo once the finale is aired and her contract is up with ABC.

Friends of Nikki Ferrell have already confirmed that Nikki has some compromising nude photos in her possession of Juan Pablo, it is only a matter of time before she leaks them out of spite. But, Nikki is a smart girl, considering all of the negative press Juan Pablo has received, she should hold on to the pictures and publish them in an exclusive tell all book, exposing Juan Pablo for the arrogant and ignorant sham of a Bachelor he was this season. Would you pay money for a Nikki Tells All book about the real Juan Pablo?