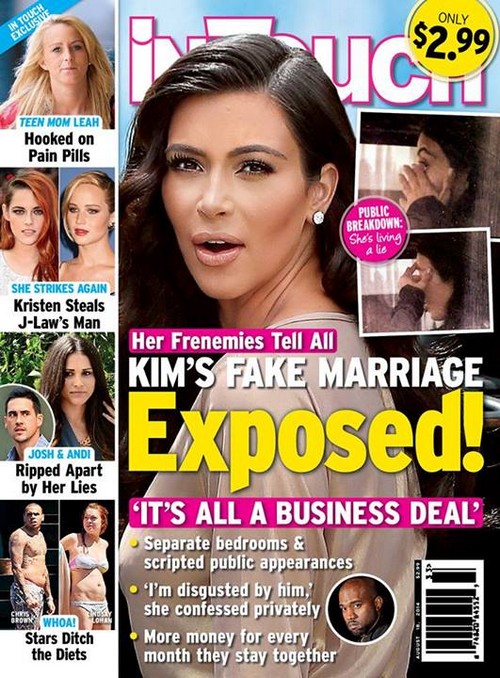 Imagine sitting down on National television to discuss your brand spanking new engagement that was born in front of millions of viewers. Right before you excitedly take the stage you find out that your new fiance screwed someone else hours before accepting your proposal – and the whole world knows about it. That was exactly the position that Josh Murray walked into when Miss Bachelorette 2014, Andi Dorfman was confronted by Nick Viall – the guy she sent home. Interestingly we had heard in advance that whatever happened on those Fantasy Suite Dates actually caused Andi to change her mind and choose Josh so you can draw your own conclusion there.

According to the Aug. 18th print edition of In Touch Magazine there are some serious problems in Andi and Josh’s relationship and TV wedding thanks to Nick’s public disclosure. Apparently Josh is feeling lied to and is left questioning everything about his admittedly brief romance with Andi. ABC has an interesting way of putting people together in a fantasy world and then when they come back to reality it ends up being a total shock. Can Josh forgive Andi for banging Nick and go through with the TV wedding? I mean, in real life a wedding would never happen under these circumstances right? Yet these two have publicly continued to play it like a spring wedding is in the works!

Is Kim Kardashian knee deep in a fake marriage? According to In Touch Magazine insiders are claiming that her union with Kanye West is nothing more than a business deal and it’s making her miserable. Perhaps the fakest reality star on the planet is supposedly having a hard time faking her love life for the dollar signs! Has our favorite trampire been up to her old tricks? Well sources are claiming that Kristen Stewart moved in on Nicholas Hoult before he had technically split from Jennifer Lawrence and we know that old habits do die hard!

Are you a Teen Mom fan? Did you ever suspect that Leah Messner had a problem besides a bunch of kids and messy marriages? Well apparently she has been hiding her pill addiction, but not very well and now she is facing her problem dead on. Do you still tune in to Teen Mom or did you lose interest in the MTV show awhile ago? Tell us your thoughts in the comments below!

Update: OK! magazine is reporting that Josh and Andi got into a serious slut- shaming public screaming match. We’ll update you on that incident a little later.