The Bold and the Beautiful Spoilers: Bill Proposes To Brooke – Will She Choose Deacon – Another Wedding? 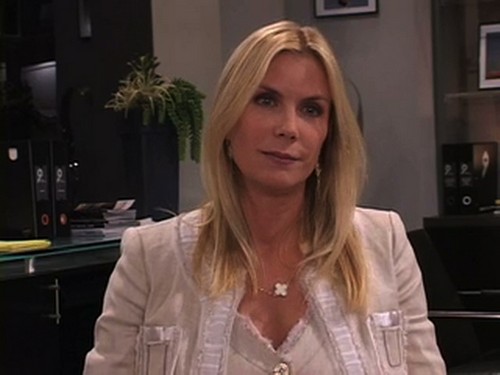 Deacon Sharpe recently returned to the CBS soap opera, and he waited for Bill to screw up and then swooped in and made a move on his baby-mama Brooke Logan. Apparently, Deacon still has very strong feelings for Brooke and has been pining away for his old love. Brooke kicked Bill to the curb when she found out he orchestrated Ridge’s accident in Abu Dhabi. But Bold and the Beautiful spoilers tease that Bill isn’t ready to give up on Brooke and isn’t going to give her up to Deacon without fighting for her. According to B&B spoilers, Bill pleads his case and proposes to Brooke…again.

Bold and the Beautiful fans have watched Brooke and Bill go back and forth for months now, but Bill seems determined to get Brooke down the aisle. Bill and Deacon have a sordid past, and anyone who knows Deacon knows that the last thing he will do is sit by and watch Brooke marry Bill.

According to Bold and the Beautiful spoilers, fans are in for some serious drama in upcoming weeks, as Brooke has no choice but to choose between Bill and Deacon. What do you think, B&B fans? Are you Team Bill or Team Deacon? Will Brooke actually accept Bill’s proposal? Share your thoughts and theories in the comments below and don’t forget to check CDL for all of your Bold and the Beautiful spoilers.