The Walking Dead Season 5 Spoilers: Who Will Die – Glenn’s Death a Second Half Surprise? 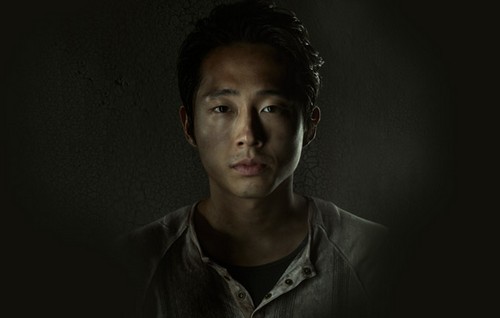 The Walking Dead Season 5 second half spoilers are expected to be just as filled with surprises as TWD’s first half, especially in regards to surprise death. As we all know by now [or at least if you don’t, that you’ve stopped reading at this point], Beth Greene [Emily Kinney] met her untimely end at the end of The Walking Dead Season 5 Episode 8, in the aptly titled ‘Coda’ episode. Although we’d known that she would die for several episodes, it still came as a surprise to many fans, some of whom assumed that the prison versus hospital showdown would end peacefully. However, with Noah thrown into the mix and Beth sticking up for her new friend, things took a turn for the worse and Beth ended up sacrificing her life for finally growing a backbone.

Now, that’s all well and good, but if we know The Walking Dead, things are about to get much, much worse. The showrunners have been teasing an incredibly brutal second half of Season 5, which means that while Beth’s death was sad and heart wrenching, it won’t match up to what’s about to come. That means exactly what you think it means – that someone in the main group will probably die before Season 5 wraps up. The Walking Dead Season 5 spoilers have permeated the internet up until this point, so it’ll be interesting to see if the death leaks before it actually happens.

Now, we don’t know who that will be, but I think we can definitively say that Rick Grimes [Andrew Lincoln], Carl Grimes [Chandler Riggs] and Michonne [Danai Gurira] won’t be the victims. However, it’s very possible that either Glenn [Steven Yeun] or Maggie [Lauren Cohan] ends up dying, especially since Glenn’s comic book counterpart does die in the near future. Once they get to the Alexandria Safe Zone and meet the next big bad – a dude named Negan – you’ll know that Glenn’s death is coming. Right now, the writers of The Walking Dead are working hard to steer the show back into comic book zone, and I can’t imagine they’ll pass up the opportunity to kill Glenn. And you know there won’t be a bigger surprise death than that, since Glenn has been a staple on the show since Season 1.

What do you guys think? Will you be reading The Walking Dead Season 5 spoilers to find out who dies? And which character death would shock you the most? If Glenn dies, I’m expecting riots.