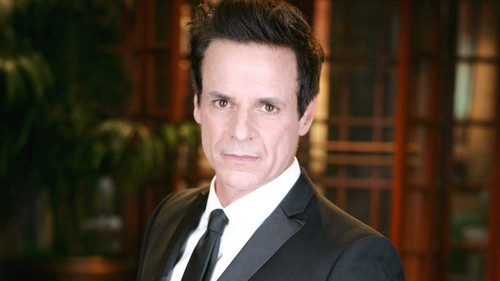 The Young and the Restless spoilers tease some exciting storylines coming up this winter and into the new year. If there is some truth to some of The Young and the Restless rumors that are currently circulating the internet, then Y&R fans are in for some major drama! We always like to keep track of all of the soap opera rumors, because more often than not those rumors evolve into actual spoilers and turn out to be true, or at least semi true. Here are some of our favorite Y&R rumors that are currently floating around, now please remember these are just rumors (for now) and may or may not come to fruition.

RIP Michael Baldwin: When CDL reported months ago that there were some rumors and buzzing about Jill Farren Phelps killing off a major male character with cancer…we really wanted to be wrong. Then we learned it was Michael Baldwin – and we really, really wanted to be wrong. As the storyline progresses and it has been revealed that Michael has Stage 3 cancer, the rumors of his demise are beginning to seem more and more likely to be true.

Kyle Abbott Returning: Kyle Abbott has been off the Y&R canvas for quite a while, but they sure have been mentioning him a lot, which has spurred a ton of rumors that the character is being recast and returning. A recent casting call went out for a character named “Matt Wilkins” and rumor has it that is actually a call for the character of Kyle, TPTB just changed the name because they don’t want to give away any spoilers. It actually makes perfect sense for Kyle Abbott to return now, since it was just confirmed he and Summer are actually not related (which seemed to cause a bit of a hindrance for them before).

Shadam 2.0: Sharon is officially single and ready to mingle! Rumor has it that Sharon finds herself strangely gravitated to the new guy in Genoa City, Gabriel. Obviously Gabriel knows exactly who she is – and now that they are both outcasts again, they have a lot in common. Rumor has it that after Sharon and Gabriel start sleeping together she begins to notice something familiar about him and is the first person to realize that he is actually Adam Newman.

Katie Newman, Abbott, Or Rayburn: Considering all of the paternity test drama in the Newman Family, you really can’t blame fans for having a tough time believing that Victoria’s daughter’s paternity test was not tampered with and Billy Abbott is really the father. Rumor has it that Abby Newman may have gotten her hands dirty and made sure that Stitch was not Victoria’s baby-daddy because she can’t stand Stitch with her sister.

Joe Clark Has A Son? Since Joe Clark arrived in Genoa City rumors have been running rampant that he may be related to one of the Y&R characters, besides his ex-wife Avery. A popular Y&R theory that has been making its rounds on the internet is that Joe Clark may actually be the father of Austin – which would be super ironic since Austin snapped on Avery and blamed her for his mother’s murder.

So Y&R fans, how do you feel about Adam Newman/Gabriel getting back together with Sharon? Do you think that someone tampered with Katie’s DNA test? Would you like to see Kyle Abbott return to The Young and the Restless and stir up some drama with Summer and Austin? Do you think Christian LeBlanc’s character Michael Baldwin will be killed off or will he beat the cancer? Let us know what you think in the comments below and don’t forget to check CDL tomorrow for more The Young and the Restless spoilers and news.