The Young and the Restless Spoilers: Will Ashley Abbott Hook Up With Stitch – Eileen Davidson’s Y&R Return Date September 3

BY Amanda Austin on September 3, 2014 | Comments: one comment
Related : Soap Opera, Spoiler, Television, The Young and the Restless 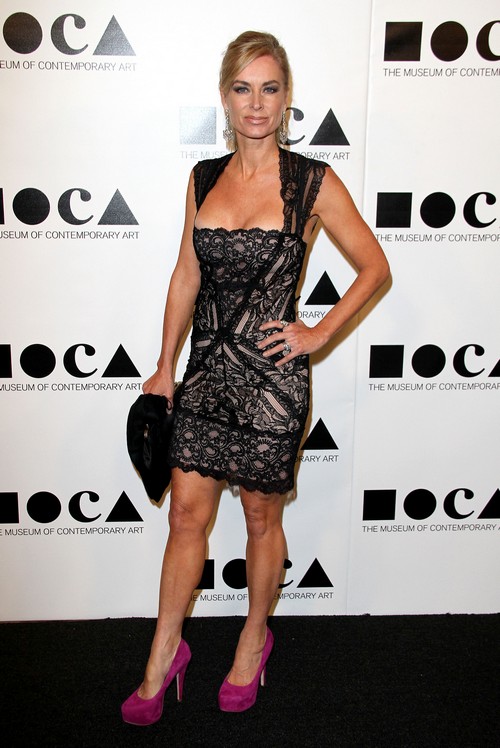 The Young and the Restless spoilers recently revealed that Eileen Davidson was returning to CBS soap opera as Ashley Abbott (no doubt as a publicity gimmick since she recently signed on to join Bravo’s The Real Housewives of Beverly Hills series). According to Y&R spoilers in the September 1 edition of Soap Opera Digest, Eileen Davidson’s first contract air date is scheduled for September 3.

The Young and the Restless fans are happy to have Davidson back home in Genoa City, however the obvious question on everyone’s mind is how will she fit in to the soap opera’s current storylines. The last time Ashly Abbott was in Genoa City, sparks were flying between her and Dr. Stitch Rayburn when she sprained her ankle and he doctored her up. Since she left town, Stitch hooked up with Victoria, might have gotten her pregnant, and then dumped her when she learned that he did prison time for murdering his own father.

Victoria has no idea who her baby-daddy is, it could be Stitch or Ashley’s brother Billy Abbott. Billy and Stitch despise each other, and it will be interesting to see if Ashley actually hooks up with her brother’s nemesis and possibly the father of her sister-in-law’s baby. TPTP at The Young and the Restless have teased in recent interviews that they want to get back to the foundation of Y&R, the Abbott Family versus the Newman Family, Ashley may play a part in that upcoming drama as well.