The Young and the Restless Spoilers: Chelsea Forces Victoria To Tell Billy About Her Pregnancy – How Will He React?

BY Amanda Austin on May 27, 2014 | Comments: 5 comments
Related : Soap Opera, Spoiler, Television, The Young and the Restless 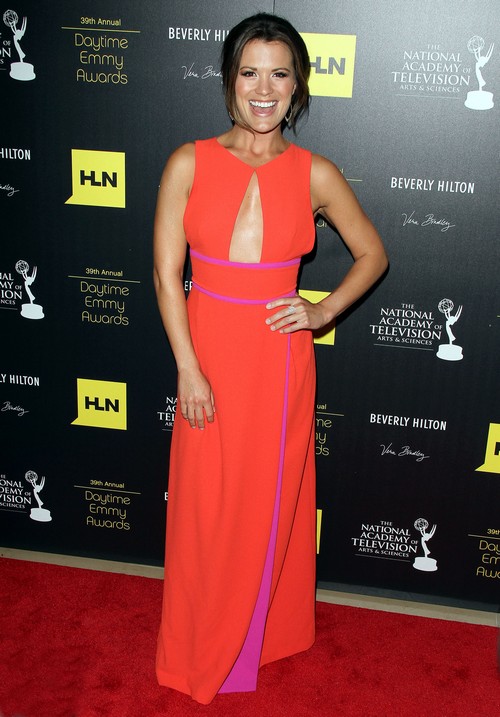 The Young and the Restless fans have been watching Victoria Newman’s pregnancy dilemma develop over the course of the last few weeks. Word seems to get around fast in Genoa City, but somehow Victoria has managed to keep her pregnancy a secret from everyone except for one of her possible baby-daddies and Chelsea. However, all of that is about to change.

Chelsea ran in to Victoria at the hospital and their prescriptions were mixed up, Chelsea discovered she was picking up prenatal vitamins and put two and two together and realized Victoria was expecting. When she confront her, Chelsea also learned that Victoria had no idea who the father was. It could be her estranged husband Billy Abbott’s child, or her new boyfriend Stitch’s.

Chelsea has kept Victoria’s secret so far, however on Friday May 23rd she gave Victoria an ultimatum. Chelsea realized Stitch knew Victoria was pregnant, however Billy still had no idea. She told Victoria that she has to tell Billy the truth, or else she will. If Stitch knows about the baby, then Billy has every right to know, after all there is a 50% chance it is his baby.

So, regardless of whether it comes out of Victoria’s mouth or Chelsea’s, Billy is about to find out he might have a baby on the way. The paternity of Victoria’s baby could make or break their strained marriage. If she is having Stitch’s baby, then their separation will most likely be final. However, if the baby turns out to be Billy’s, then it might be exactly what he and Victoria need to fix their marriage.

Y&R fans are in store for some serious baby-daddy drama in the next few weeks when Billy learns about Victoria’s pregnancy. How do you think he will react? If the baby turns out to be Stitch’s baby, is there any chance of Victoria and Billy reconciling? Do you think Chelsea is overstepping her boundaries by forcing Victoria to tell Billy the truth? Let us know what you think in the comments below, and don’t forget to check CDL tomorrow for more of The Young and the Restless spoilers.