The Young and the Restless Spoilers: Sharon Begs Nick For Forgiveness – Michael Tells Kevin He Has Cancer – Jack Dumps Phyllis 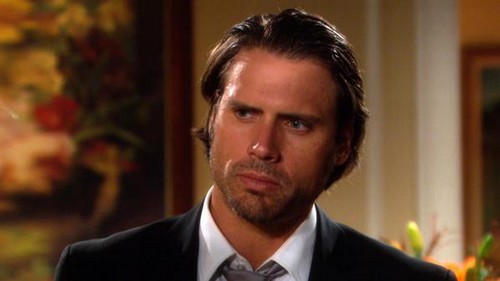 The Young and the Restless spoilers for the Thursday November 6 episode reveal another exciting episode of the CBS soap opera. Rumors of Michael Baldwin (Christian LeBlanc) having cancer made their rounds on the internet months ago, and now that Michael’s doctor has finally confirmed that he does have cancer, he is desperately trying to keep it a secret – especially from his wife Lauren.

According to our CDL exclusive The Young and the Restless spoilers source, on November 6, Kevin is convinced that Michael is having an affair and that is what he is hiding from Lauren, so he decides to follow Michael to his appointment. When Michael heads in to see his doctor, Kevin barges in and accuses him of having an affair with the receptionist, so Michael finally breaks the news to Kevin that he has cancer.

In other The Young and the Restless news, “Shick” fans are going to have a tough time watching Thursday’s episode. After learning that Sharon Newman switched Summer’s (Hunter King) paternity test results, Nick officially calls off the wedding and promptly dumps the bride to be. In heart-wrenching scenes Sharon begs him to forgive her and try to work through their issues for Faith’s sake, but Nick (Josh Morrow) informs her that she basically sole his child from her and there is no turning back.

The Young and the Restless spoilers for November 6 also tease that Jack will give Phyllis (Gina Tognoni) the cold shoulder and ignore her calls, and Stitch makes plans with Victoria and plans to finally tell her the truth about the night his father was killed.

So Y&R fans, do you think that Michael will be able to recover from his cancer or is the character going to be killed off? Will Nick be able to forgive Sharon (Sharon Case) after he cools down – or is this the end of “Shick” as we know it? Let us know what you think in the comments below and don’t forget to check CDL tomorrow for more The Young and the Restless spoilers and news.

Fans at Soap Opera Spy are moved by the entire drama that has unfolded on this week’s episodes:

I see it being Phyllis and Nick, Jack and Kelly, Sharon.. Alone again!

Your exactly right! The Nick & Phyllis train once again!

Idk about jack and Kelly after stitches secret comes out especially if she’s the one who really killed their father.

I felt so bad for Nick and Jack. Heartbreaking. They are both great actors.

Avery needs to dump Dylan ( can’t stand him ) and go back to her hunk of a husband!!!!

Avery & Dylan have absolutely NO CHEMISTRY! And your right, Joe Clark is gorgeous!

Just saying, but as regards Dylan and Avery having chemistry has anyone ever seen Steve Burton have chemistry with anyone on Y&R or GH?