BY Amanda Austin on November 5, 2014 | Comments: 13 comments
Related : Spoiler, Television, The Young and the Restless 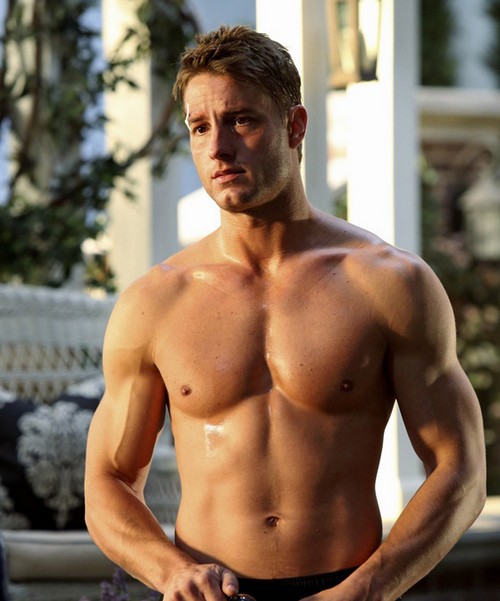 The Young and the Restless spoilers reveal that Y&R fans will not want to miss the Wednesday November 5 episode of the CBS soap. Spoilers have been teasing Adam Newman’s return for months now, and on Wednesday’s episode Michael Muhney’s replacement Justin Hartley makes his big debut – with bandages covering his face. CDL’s exclusive spoiler source reveals that newcomer Sage (ex-Connie on General Hospital) pays Adam Newman a visit and reveals that Chelsea tried to leave his mother’s handkerchief  at the church, but she returned it. Sage also breaks the news to Adam that Billy Abbott has moved in to Chelsea’s house, and Adam is furious.

In other The Young and the Restless news, Sharon Newman has to face the music. She confesses to Nick and Jack that Phyllis is telling the truth, and she did switch Summer’s paternity test results, Nick is her father. According to Y&R spoilers for Wednesday November 5 Jack is obviously devastated and doesn’t take the news well. Meanwhile, Victor gloats that he was right all along and gushes that Summer is a Newman. It looks like the end of Sharon and Nick (for now at least), and Nick leaves Sharon in the stairwell and informs her he wants nothing to do with her on Wednesday’s episode.

Y&R spoilers also tease that fans can expect to see Paul concerned about rumors that Nikki is drinking again, and nearly catching her passed out with a drink. And, Victoria continues to try to get to the bottom of Stitch’s sordid past. Across town, Dylan is devastated about losing the coffee shop to Joe, and Joe reassures Avery he will not press charges against Dylan for assaulting him.

So Y&R fans, are you as excited as we are to have Adam Newman back on our TV screens? How do you think Sage and Adam know each other? Will Nick ever forgive Sharon, or are they over for good? Let us know what you think in the comments below and don’t forget to check CDL tomorrow for more The Young and the Restless spoilers and news.

Fans at Soap Opera Spy Facebook Page feel strongly about the Sharon, Nick, Summer issue as the comments below reveal:

Sharon was ill when she did this, if Nick loves her like he says he does, and whatever she did didn’t matter he has been saying for weeks, then he should stick by her.

Nick and Sharon need a happy ending. Please writers let them be together. So tired of Phillis and Victor butting in.

Why should Sharon get the happy ending this time? Under any other circumstances I would agree with you, but look at how much damage her selfish actions have done to the life of an innocent young woman and the man she claims to love. Phyllis has her failings and she has definitely done her fair share of wrong but she has always been called to the carpet for hers while Sharon has run or been protected when she messes up. It’s time she learned actions have consequences.

I think its high time Phyllis and Victor pay for all the wrongs they have done to others a lot worse than what Sharon did….

Sharon got what she deserves. I can’t stand her or Phyllis, but .i like Nick and a Avery together.

Victor loves his family even if he goes about proving it the wrong way. Nick with his spoiled arrogant but will blame his dad. when all Victor did was to give him back his daughter. Nick is so ungrateful.

About time the truth came out. Nick ..PLZ find a NEW woman…don’t go back to the ex, time to move on. Can’t wait for the new Adam to arrive…Jack! Grow some MAN BALLS and tell Phyllis the damn truth about Kelly.