The Young and the Restless Spoilers: Paul Forced To Arrest Dylan For Murder by Christine – Phyllis Appears At Jack and Kelly’s 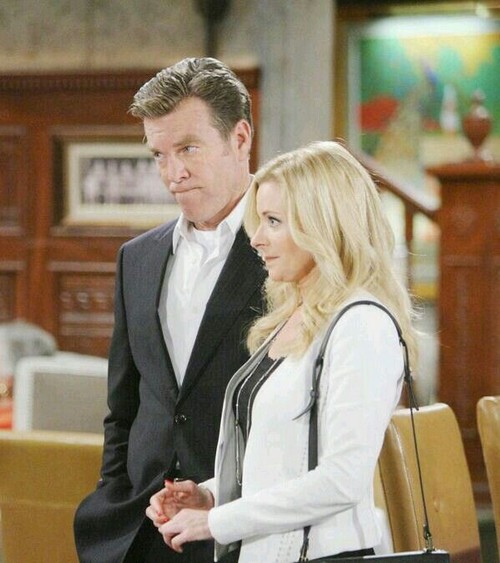 The Young and the Restless spoilers tease that Friday September 26 will be an episode Y&R fans won’t want to miss. Y&R spoilers have been hinting that all hell would break loose when Phyllis Newman arrived in Genoa City, and on Friday’s episode she makes her highly-anticipated return. Phyllis befriends a truck-driver that drops her off at the Genoa City town limits and she marches in to Jack Abbott’s living-room and announces “I’m home.”

Victor Newman has been trying desperately to revive Phyllis from her coma before Nick and Sharon’s wedding because he is certain that Phyllis has information that will change Nick’s mind about his “I Do’s.” There has been some questions as to whether or not Phyllis will remember Sharon’s secret, after all she has been in a coma. But, considering the fact that she remembers her daughter Summer, remembers she lives in Genoa City, and remembers Jack’s address, there is a good chance that she remembers Sharon’s secret.

The Young and the Restless spoilers have been hinting for a few weeks now that Dylan McAvoy is responsible for Ian Ward’s mysterious disappearance and possible murder. And, Friday September 26 will be the moment of truth. Our CDL exclusive spoiler source reveals that Christine forces Paul to stop ignoring the growing pile of evidence against Dylan and arrest him, and it appears he has no choice. According to Y&R spoilers, Paul heads over to Dylan’s apartment and confesses he is there to charge him for Ian’s murder. He gives Dylan one last opportunity to tell him what happened to Ian, or he is officially under arrest.

So Y&R fans, are you as excited as we are for Phyllis’s return? How do you think Kelly will feel when she learns that Phyllis is back in Jack’s life, and the house that she now shares with him? Will she stop Nick and Sharon’s wedding? And, what about Dylan, do you think he killed Ian Ward? Will Paul really arrest him, or give him a chance to leave town, after all his bags are already packed? Let us know what you think in the comments below and don’t forget to check CDL tomorrow for more The Young and the Restless spoilers.