The Young and the Restless Spoilers: Paul Catches Nikki Drinking, Christine Furious With Dylan, Nikki – Paul Covers For His Son? 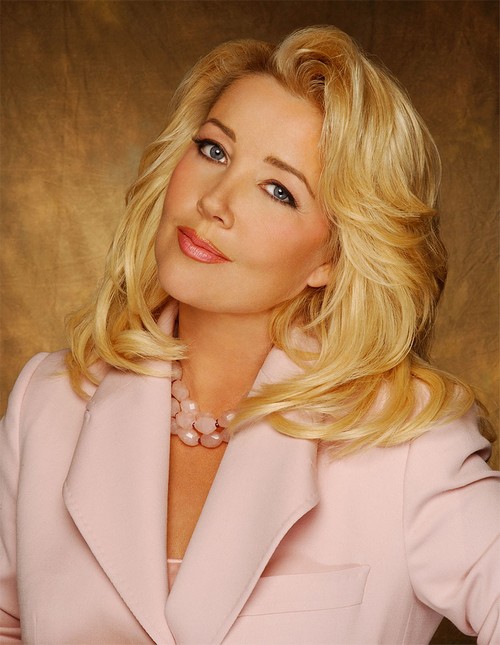 The Young and the Restless fans have watched Nikki Newman less than gracefully fall off the wagon over the course of the last few weeks. It really is only a matter of time before one of her friends or family members realizes that she’s drinking again. And, according to The Young and the Restless spoilers, the inevitable happens, and someone finally catches her drinking vodka at the Genoa City Athletics Club, and it’s probably the last person she wanted to know her dirty little secret.

The Young and the Restless spoilers in the September 29th edition of Soap Opera Digest reveal that Paul Williams walks in on Nikki sneaking a drink of vodka and tonic. Y&R head writer Shelly Altman goes on to explain, “She is coming off a heated argument with Victor and is very upset, but having already fallen off the wagon, Nikki is finding it increasingly difficult to resist the temptation to drink. She isn’t really thinking clearly in the moment. She’s taking a huge chance but she does it cleverly to avoid immediate discovery. As Nikki brings her drink closer, Paul walks in and spots her.”

It seems like the writers at The Young and the Restless are just begging Paul and Nikki to have an affair. First they are thrown together by the shocking realization that they have a son together, and now they are coping with the fact that deep down they both think their son Dylan may be guilty. And, if we know Paul like we think we do, he will make it his mission to “save” his old flame and her son. You can only throw two characters together to deal with huge situations so many times before sparks begin to fly.

Paul’s wife Christine has grown increasingly impatient about Paul’s unhealthy relationship to Nikki. And now, it appears that Paul is even considering jeopardizing his career to protect his and Nikki’s son. According to CDL’s exclusive Y&R spoiler source, on the Tuesday September 23 episode of the CBS soap opera, Christine catches Dylan in Paul’s office holding the file on Ian Ward’s case and demands to know what he is doing. Paul walks in and takes Dylan’s side over Christine’s, and insists that the fact that the prime suspect in the case is handling the case file is not that serious. And to top it off, Paul learns that the phone call to Ian’s insurance company was made from inside Avery’s apartment. But, he continues to maintain Dylan’s innocence.

So Y&R fans, do you think that Nikki will be able to lie her way out of this, or is she busted by Paul? Do you think that Dylan is guilty, will Paul sacrifice his career to help his son Dylan avoid going to jail? How long do you think Christine will put up with being her husband’s third priority, after Dylan and Nikki? Let us know what you think in the comments below and don’t forget to check CDL tomorrow for more The Young and the Restless spoilers.