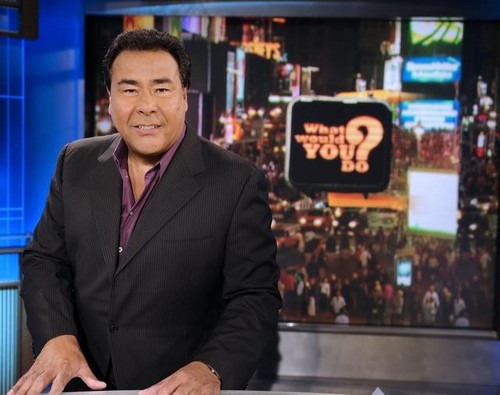 If you haven’t watched What Would You Do? before, the show uses hidden cameras and establishes everyday scenarios and then captures people’s reactions. Whether people are compelled to act or mind their own business, John Quiñones reports on their split-second and often surprising decision-making process.

On last week’s episode, “What Would You Do?” traveled down the Mississippi River, stopping in Memphis, TN, Jackson, MS, Vicksburg, MS, and New Orleans, LA for an all new hour with some surprising twists.  Did you watch last week’s s episode?  If you missed it we have a full and detailed recap, right here for you..

On tonight’s episode, “What Would You Do?” while checking out at a supermarket, a man, pretending to be in a hurry, asks to cut to the front of the line. Does anyone speak up when someone is intentionally embarrassed in public? What would you do if you witnessed two college kids spike a girl’s drink?  Will anyone in the bar take a stand? When a fed-up mother leaves her young child outside the restaurant on “time out” because the kid has been misbehaving, will anyone intervene? A lady getting a pedicure is talking to a friend on her phone when she realizes the woman performing the service speaks very little English. The customer starts making derogatory comments about the nail technician to the person she is on the phone with.

Tonight’s episode looks like it is going to be amazing, so be sure to tune in for our live coverage of ABC’s series at 9:00 PM EST! While you wait for our recap hit the comments and let us know how excited you are about this series so far.

Tonight’s episode of “What Would You Do?” begins with the “Line-cutting Customer.” In this scenario, the unsuspecting customer is interrupted while waiting on the checkout line by a man pretending to be in a hurry. The actor then asks to cut to the front of the line and when the customer decided to be helpful and allows it – they quickly learn that they missed out on an all-expense paid trip to Hawaii.

Sounds harsh in theory but what happened in reality?

There were a total of five people that fell for it and out of the five none begrudge the winner. Sure someone asked to get their own expenses paid off and a few of them joked about perhaps sharing the trip yet all in all no one was upset. Or at least not upset enough to cause a scene – for the part everyone was pretty practical about their lost.
In the next scenario, we have “The Dastardly Duo.” And this situation is actually more serious and definitely worth taking note of.

The Dastardly Duo is comprised of two college guys attempting to date rape a girl – that’s what the witnesses will believe after they spot the guys pouring “something” in a girl’s drink. In general, this is a scary thing to believe and although many would wish that someone would step in or say something if god forbid they or someone they knew was in this situation – there was a total of three people that weren’t going to interfere. And two of them were women.

One woman was with her husband and still she didn’t raise a red flag out of fear of something happening to her while another was scared silent despite several others also catching on to what the boys were doing. While there were several times when it was women by themselves or in the company of other women who spoke up. So what was the real reason for their silence? Can fear be that overpowering?

With “The Snooping Security Guard” the actress Tracy pretended to be a security guard at Bethenny’s daytime show. She’ll be searching through a woman’s bag and finding the most embarrassing things – will anyone defend the harassed pedestrian? Sadly, the answer to this is no, not really.

They passively defend her by making snide remarks against the security guard. Other than that, the ladies don’t really say anything until after the guard leaves. They feel bad for the lady that supposedly had the pregnancy test and the douche in her bag, but none of them dare to anger the guard because it might damage their own chances of getting in to see the show.

Also it’s wise to point out that there was a crowd of ladies that started to laugh. So, yeah, it was pretty hard to drum up sympathy this time. Though the handkerchiefs did come out during the “Stressed Out Mom.”

All mothers have had some experience with feeling overwhelmed and this time the actress playing the mother on her last tether has a son she puts on time-out during what supposed to be a coffee break. The little boy wasn’t listening to his mother and so she told him to put on his coat and spend his time-out outside. And seeing as he doesn’t like being out in the cold – the little boy is seen banging on the window of the coffee shop trying to get his mother’s attention.

Customers seeing this felt bad for the kid, but more importantly they felt sympathetic for the mother. They know she’s close to losing it and that’s why many of them trying to calmly try talking to her. There aren’t any recriminations (except for that one 911 phone call) – they just say that we’ve all been there and that it gets better.

Still, one lady approached the mother with a different tactic. She offered to go outside and speak with the little boy. She was hoping to get to the bottom of his behavior and that way his mom would welcome him back inside.

This woman was the only person to do this and it had moved everyone – from John to the actress playing the mother.
Lastly there was “The Ignorant Client.” A woman had to pretend to be a bigot about her manicurist. She had to exclaim the great points of Asians (eating rice and doing nails) all the while making fun of the manicurist’s inability to speak English. And no one let her off the hook.

She was being a jerk and plenty of ladies stood up for the manicurist! In all seriousness, she got a better rate than the date rape scenario!