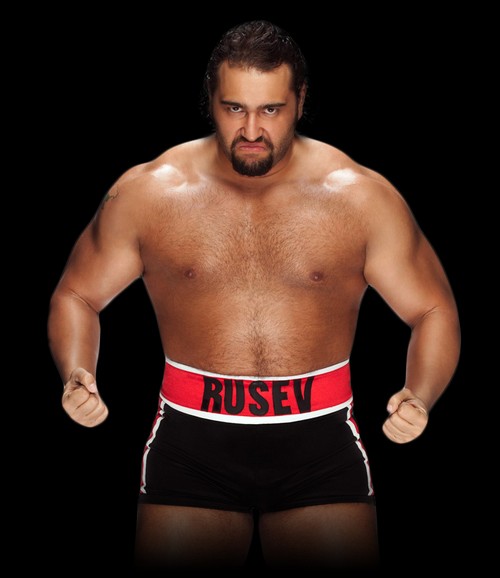 The WWE Bulgarian Brute Rusev and his beautiful sidekick Lana was a centerpiece act last night on Raw and for once, the crowd didn’t seem to mind. Lana has always been over with the WWE Universe with a wonderful sense of timing, solid mic skills and the ultimate bad girl act. It also doesn’t hurt that she is built like a Goddess. That said, she has always carried the Rusev act since he came up to the main roster as far as being over.

Rusev has been fantastic all along since he got brought up from Nxt, but fans didn’t seem to be fully on board. He would get plenty of heat but it always seemed due to Lana. Now, it appears he is finally turning the corner as a monster heel that simply can’t be ignored any longer.

It all began with Rusev taking the United States Championship from Sheamus. Sheamus still carries a pretty big amount of weight and that win really put Rusev on the map. Then he joined up with the Authority and suddenly he is looking like the strongest player in the game. This guy looked fantastic throughout the show last night.

First off Rusev stood tall as a powerful force with the Authority. Then he absolutely destroyed Heath Slater as expected. No time later, he was in the ring jumping the Big Show and leaving him unconscious. In all ways, the WWE has been very careful to book Rusev strong and it has finally started to pay off. This guy is a powerhouse that will be a huge star.

With the Survivor Series coming up, Team Authority will need to keep his power intact. Interestingly, Rusev will have to lose his winning streak for the Authority to lose at Survivor Series. No way should they do that just yet. Rusev and the WWE have invested far too much into this to end it that way. That needs to be a huge payoff at a major pay per view to take advantage of the build. Think of the stars that Rusev has run over during his current run. Why waste all of that for a team win?

Regardless of what happens at WWE Survivor Series, Rusev should be a huge star in the months to come. If the Rock were to return and do a series with Rusev, he would go through the roof. No word yet on whether that is a possibility. With the Rock, however, anything is possible.