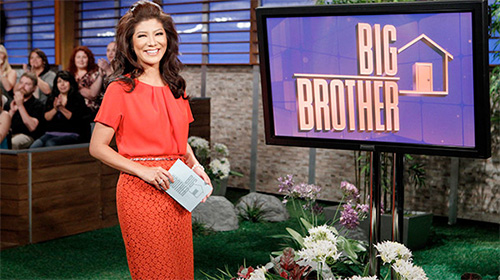 It’s been a long summer of Big Brother 17 and now, with heavy hearts, we can finally say the game’s over with Steve Moses wearing the BB17 crown. Steve won with 6 votes to 3. The ending of a Big Brother season is always a bittersweet thing; however, withy man fans out there finding this past installment to be less than rewarding, and filled with lackluster (AKA boring and predictable) gameplay, some might welcome the conclusion.

If you are anything like me, then you are the type of person who just CAN’T look away from the BB drama, even if it’s less than ideal, because you have the ultimate fear of missing out on the action – even though, despite ALL YOUR FEELINGS, the houseguests do not even know you exist. Yes, it’s true, folks.

You watch them eat breakfast. You watch them brush their teeth, devour copious amounts of slop, and whine about how much they miss the outside world. You watch them fall into showmances and fall out them – and you watch them cry endlessly when their friendships turn sour and backs are stabbed. We root for them when they make STUPID choices, and even then – after we swear to never watch the show again – we always come back for more. It seems odd that they don’t honor us for the support we give them – week after week, night after night, second after second (for those dedicated LIVE Feed watchers) – but we know what we’re getting into each summer. And most of us will be back for more.

It’s hard to summarize Big Brother season 17 in its entirety, and especially in one post. But, as you know, lots of stuff went down. While many might have varying opinions about this season, it was definitely a season of ALLIANCES ALLIANCES ALLIANCES. So many groups and networks were formed, it seemed. Many combusted before they had a chance to take off. Some grew so big they might as well have invited the whole house into the brigade. And one, helmed by Vanessa and her mastermind ways, wormed its way to the end. What alliances, partnerships, or players stuck out to you this season?

While we’ll be talking a lot about Big Brother over the coming days, CDL just wants to know one thing from you right now: Are YOU are satisfied with Steve being crowned the Big Brother 17 winner? Do you agree with how the game evolved and, ultimately, ended? Leave your thoughts in the comments section below and don’t forget to check out the recap of tonight’s episode where you can find a detailed play-by-play account of all the finale drama!