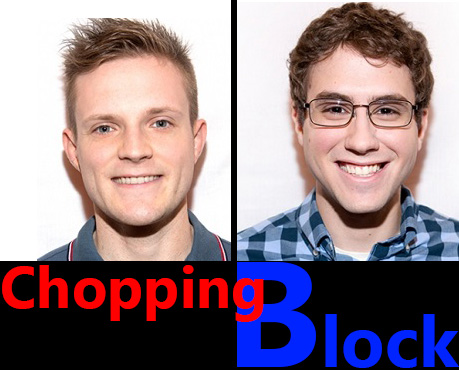 Well, Vanessa can rest easy – for a little bit anyway. According to Big Brother 17 spoilers via the LIVE Feeds, HoH Austin has named his initial Chopping Block noms: Steve and John. We just posted something on how Vanessa’s coping with the paranoia of being targeted this week. And let’s just say, well, she’s not handling it well. We thought she would’ve had a better poker face! The fact that Vanessa was not nominated outright might have her even more worried though, as not being on the Chopping Block as an initial nom means that you are a prime target for getting the ol’ Backdoor treatment – especially if you don’t get to compete in the Power of Veto competition and win the coveted prize.

There’s a really good chance that Vanessa will get chosen to compete in the PoV ceremony, and her winning is really the only way for her to ENSURE that she remains strong for another week. I don’t know why, but I’ve been rooting for Vanessa the whole season. If she’s going to have any success in staving off her bloodthirsty “alliance” members – that dastardly squad comprised of AusTwins – she’s really gotta dig deep and fight this week.

According to recent BB17 spoilers, the AusTwins have made a point to say that they trust John a great deal and, therefore, he’s probably serving as the pawn in this situation. However, if Austin does decide against backdooring Vanessa this week (or she wins the PoV, thus making it impossible for him to do so), then I’m sure Austin’s side of the house will be happy sending either one of his original noms home.

What do you make of Big Brother season 17 Week 9’s nominations? Do you think Austin made a smart, logical choice? Do you think he’ll go through with trying to get Vanessa out of there? Leave your thoughts in the comments section below. Don’t forget to keep checking CDL for all your Big Brother spoilers, updates, news, and gossip.