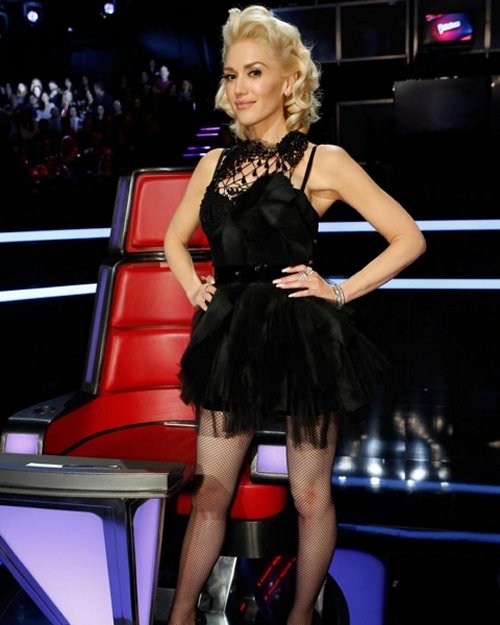 Blake Shelton loves Gwen Stefani’s new hit song “Used To Love You” and the country star wishes he hadn’t missed his own opportunity to write a hit breakup song after divorcing Miranda Lambert.

Blake and Gwen haven’t tried at all to hide their affection on “The Voice” since going public with their relationship last month. Shelton went above and beyond to pay compliments to Stefani after her performance on “The Voice” but had been talking up his girlfriend in an interview prior to the show too.

It seems the country music star just can’t get enough of Gwen lately and the only thing he regrets about leaving Miranda Lambert is that he didn’t think to write a smash hit breakup song too.

Blake Shelton took to Twitter after Gwen Stefani’s performance on “The Voice” and said, “Wow… @gwenstefani…. Such an amazing performance. #respect” It’s pretty clear that Blake is in love with Gwen and their relationship is getting really serious, really fast.

Prior to Gwen’s performance on Monday, November 30, Blake gushed about his girlfriend to Entertainment Tonight. “I’m thankful for Gwen for tons of reasons,” Shelton said, “but mostly because she makes us all look a whole lot better on this show.”

When the conversation turned to Stefani’s (at the time) upcoming performance on “The Voice, “ Blake Shelton raved, “Wait til you see! I saw what she’s going to be wearing for this performance tonight, it’s stunning. It’s so beautiful.”

There’s no doubt that Blake and Gwen have amazing chemistry. Now that their romance is out in the open, the lovebirds have been flaunting their obsession with each other constantly.

Gwen was seen Facetiming with Blake Shelton’s face on the screen while she was at Disneyland with her boys for Thanksgiving. She was seen again with Blake’s face on her phone just a few days before that too.

Gwen Stefani is looking like she has never been happier right now with Blake but she is cashing in big on her breakup song inspired by Gavin Rossdale. The “Used To Love You” singer hasn’t been this inspired like this since before she and Gavin got together.

Now that Rossdale has broken the No Doubt singer’s heart, Gwen is back on top with a bunch of new music and a boyfriend she can’t get enough of. It’s natural that Shelton is kicking himself right now for not putting out a Miranda Lambert breakup song now because Gwen’s career is soaring.

While Blake is Gwen’s number one fan and biggest supporter, he kind of wishes the breakup song had been his idea.