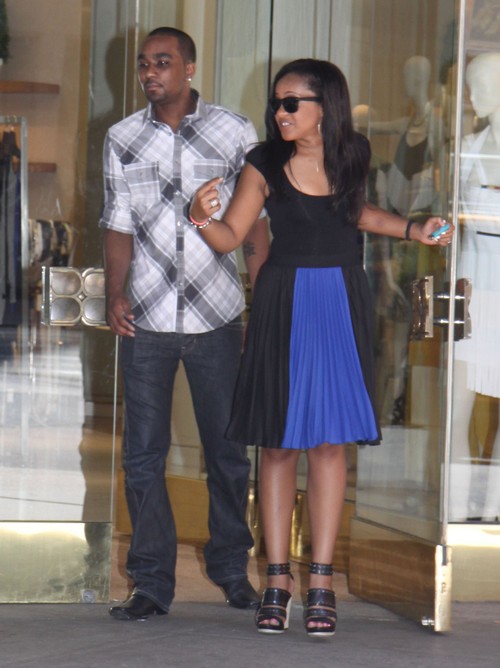 By now, most of us know that Bobbi Kristina Brown, daughter of Bobby Brown and the late Whitney Houston, was found face-down in a tubful of water at her Georgia home. However, exactly how she ended up unresponsive in that tub isn’t quite as clear. Bobbi Kristina’s aunt, Leolah Brown, recently gave a sit-down interview to Fox 5 TV station in Atlanta that shed some light on the incident. According to USA Today, Leolah stated that “Krissi would never do anything to herself” and added that “she loved life too much.”

If this wasn’t a suicide attempt, then it’s safe to say that Nick Gordon had something to do with how Bobbi Kristina ended up in her current state. In fact, Leolah Brown firmly believes Nick was involved and said that she “110 percent” hopes he’ll be charged. Leolah wouldn’t say why she feels the way she does, but she said she “has her reasons.” Leolah added that she didn’t know Nick personally, but she confirmed the Brown attorney’s statement that Nick and Bobbi Kristina had never been married.

Leolah Brown also addressed the reports that the Bobby Brown and Whitney Houston families had been fighting. Leolah claimed that “there’s no tension between Browns and Houstons” despite what many sources said last week. There are also no plans to take Bobbi off life support in the near future. It seems that everyone is just focused on the health and recovery of Bobbi Kristina.

Now the question becomes: Will that recovery actually happen? Several Brown family members have given interviews over the past few days and they believe things are looking up for the 21-year-old woman. Still, it’s tough to say whether their beliefs line up with the facts. We may not know the true condition of Bobbi Kristina, but the Browns and Houstons are asking everyone to keep Bobbi in their thoughts and prayers.

What do you think about Leolah Brown’s new interview? Do you believe the Brown family members when they say that Bobbi Kristina is improving? Do you think Nick Gordon’s criminally responsible for everything Bobbi’s currently going through? What about any impending arrests? Could Nick be charged with assault or attempted murder? Let us know what you think in the comments below and don’t forget to check CDL often for the latest updates on Bobbi Kristina Brown.