Chris Soules Eliminated From Dancing With The Stars, Cheating On Whitney Bischoff – Dumps Fiancee After DWTS Over? 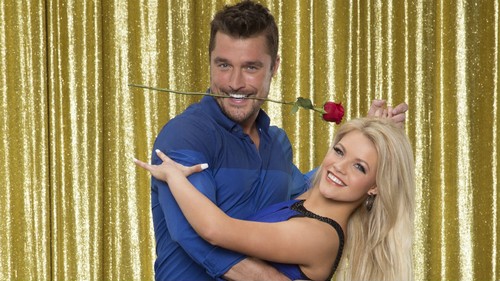 The Bachelor Chris Soules’ days on Dancing With The Stars are over – and it is general consensus among fans of the ABC reality TV dancing competition that he and his pro partner Witney Carson deserved to be eliminated. Obviously Chris’ fiancée and 2015 winner Whitney Bischoff is thrilled that he got the boot on DWTS because she thinks that once he is done on the show they will return to Iowa and get married and start having babies. But, Chris Soules has other things in mind.

Chris Soules has no intention of actually marrying Whitney Bischoff – there is a reason why the ex-farmer refuses to set a date. Don’t you think if he was that eager to get married and start a family he would have done so after The Bachelor instead of signing on to another reality show? Chris Soules is loving every second of his new celebrity status, and all of the attention and women that come along with it. The last thing he want to do is go back to the family farm and spend the rest of his life with Whitney.

Chris Soules is no fool, he knows that now that he is eliminated from DWTS, Whitney and the rest of the world watching all expect him to start planning the wedding and beginning his life with Whitney Bischoff. The Bachelor has other plans though – he recently got back in to contact with his runner-up Becca Tilley and has been reportedly talking to her non-stop while he is in Los Angeles. Chris Soules knows that in order to stay relevant after being eliminated from DWTS he has to do something big, like set a wedding date with Whitney Bischoff or dump her and began dating his runner-up Becca Tilley. A major cheating scandal or a wedding are the only two things that are going to keep Chris in the spotlight now that he is kicked off DWTS. And, we all know Chris would choose a cheating scandal before he signed his life away and married Whitney Bischoff.

Do you think Chris Soules and Witney Carson deserved to be eliminated from Dancing With The Stars Now that his stint is done on the show will he make good on his promises and marry Whitney Bischoff? Or kick her to the curb and begin dating his former flame Becca Tilley? Let us know what you think in the comments below!