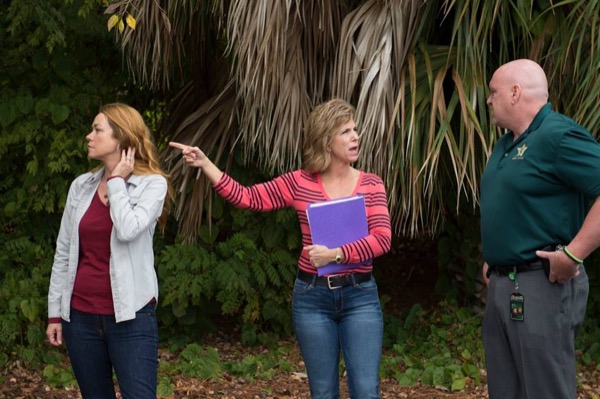 Tonight on TNT Cold Justice continues with an all new Friday February 6, season 3 episode 5 called, “Operator, Hurry!” and we have your weekly recap below. On tonight’s episode Kelly Siegler and Yolanda McClary travel to Florida to investigate the brutal stabbing death of a woman in 1981.

On the last episode, Real-life crime series Cold Justice followed former prosecutor Kelly Siegler and former crime-scene investigator Yolanda McClary as they dig into small-town murder cases that have lingered for years without answers or justice. In 1993, a 29-year-old mother and her six-year-old daughter were found strangled to death in their home. In this episode, Kelly and Yolanda headed to Fort Wayne, Ind., and put all of their efforts into seeking out the person responsible for this tragic and heartbreaking double murder. Did you watch the last episode? If you missed it, we have a full and detailed recap right here for you.

On tonight’s episode as per the TNT synopsis, “Real-life crime series Cold Justice follows former prosecutor Kelly Siegler and former crime-scene investigator Yolanda McClary as they dig into small-town murder cases that have lingered for years without answers or justice. A short time after a mysterious call is made to the operator in 1981, a woman is found by her teenage daughter, brutally stabbed to death in their home. In this episode, Kelly and Yolanda head to St. Johns County, Fl., and are tasked with finding the killer of an innocent woman who appeared to have it all.”

Kelly and Yolanda frequently deal with unfortunate cases all the time but on tonight’s all new episode of “Cold Justice” they’re now forced to deal with a murder case that, as it turns out, could have easily been prevented. You see, a little over thirty years ago, newlywed Nancy Jo Canode was found murdered inside of her own home by one of her children. And, by time the police had gotten there, there was no hope for Nancy and her killer had already fled the scene. But it seems the police did have prior notification about a crime in progress and yet they had nothing to help Nancy as she tried to call for help.

Nancy had called 911 on the day she died and she had told the operator she was scared. And on the operator’s part, she believed Nancy was fearful. However as she was talking to her supervisor to hopefully send out help – Nancy was being murdered.

And so the police didn’t arrive on the scene until a good hour later after Nancy’s daughter Suzanne had told them she had found her mother’s body. (They didn’t have today’s technology or any other way of locating Nancy before it was too late)

Suzanne never went in the room but she had seen her mother’s feet and from her vantage point at the door and she knew something was wrong. And according to sources at the time, it was good thing Suzanne never got a full view of her mother. Because whoever had attacked Nancy did so with vicious intent.

Nancy was stabbed by two different weapons multiple times and someone had even tried to strangle her in spite of the injuries that will ultimately kill her. So right away it sounded like a crime of passion and to be fair the police they had questioned her husband of two years, Kent. But Kent claims to have an alibi.

He told investigators he was on his way to work and though they can’t prove it – he could have easily have doubled back and killed his wife. Apparently, the backdoor to their home was left open and on top of that Ken is kind of a sketchy character. It seems he had life insurance police out on his wife (which is no big deal for man that works in insurance) though when that’s coupled with the fact he had also had an affair then admittedly Ken begins to look suspicious.

There was always only two possibilities as Nancy’s murderer. Investigators thought it could either be her new husband Ken or possibly a stranger.

Nancy’s jewelry was laid out all over the floor and there were sightings of a mysteriously blue car hanging around the apartment complex that Nancy and her family had lived in. But, the same evidence pointing to a stranger could have been deliberately thrown at the police to create confusion.

None of Nancy’s jewelry was actually missing from the scene and basically the stranger lead led to nowhere. Ken on the other hand was just a wealth of motive. It appears he had a gambling problem in his early days. Though, Ken would go on to tell people was Nancy that had the gambling problem when the truth is that he was the one drowning in debt. And, he had also mentioned to someone that he regretted his marriage. Quite vehemently, by all accounts! He had claimed at the time that he regretted choosing Nancy and funnily enough many of his exes now say the same thing about him.

Besides being a cheating husband, Ken who happens to have married eight different women was also a thief. He would drain women’s accounts and use their money to buy them gifts. All to lure them more in and then he would drain them dry.

So Ken is no innocent and, just when the detectives were going to abandon the stranger lead, they found evidence of Ken shopping around for a murder for hire kind of guy.

Ken at first approached a good friend to see if this man would kill Nancy for him but that man didn’t want to do it. So its high likely Ken moved on and attempted to find someone else to carry out the hit. And even though Ken refused to come in for an interview – with all the evidence they found against him – they ended up not needing his confession.