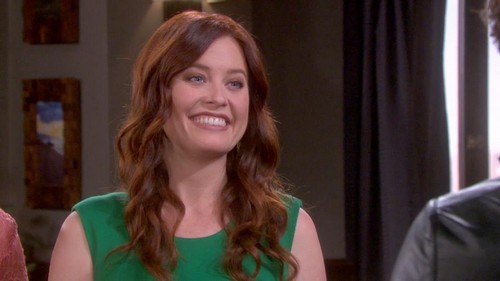 “Days of Our Lives” spoilers for Thursday, March 5, tease that several Salemites will find themselves making big decisions that will affect the future. Now that Jennifer (Melissa Reeves) knows Eve (Kassie DePaiva) slept with JJ (Casey Moss), she may want the pair to come clean to Paige (True O’Brien). After all, Paige deserves to know the truth. “Days of Our Lives” spoilers hint that Eve will face a difficult choice. Maybe Jennifer will make Eve choose between telling Paige or letting Jen tell Paige herself. Then again, perhaps JJ’s little heart-to-heart with Jen softened her a bit. It’s possible that Jennifer could spare Paige the pain of knowing that JJ slept with her own mother. In that case, Eve may wrestle with another choice, such as whether to leave Salem.

Meanwhile, Daniel (Shawn Christian) will be forced to make a choice of his own on DOOL. Nicole (Arianne Zucker) has been trying to get Daniel back, but a warm moment with Eric (Greg Vaughan) caused her to question her true feelings. After mulling it over, Nicole seems to think she wants Daniel, but he’s been dragging his feet on reconciling with her. Nicole will push Daniel to make a decision about his future and whether Nicole will be a part of it. Will Daniel decide to give things another try or at least fully restore their friendship? Check out the Thursday, March 5 episode of “Days” to see if Daniel will patch things up with Nicole.

Other “Days of Our Lives” spoilers for Thursday, March 5, hint that Brady (Eric Martsolf) will come to Theresa’s (Jen Lilley) defense. Now that Theresa knows Melanie (Molly Burnett) has been trying to find out about Dr. Mandrake (Sal Landi), Theresa will probably give her an earful for prying in her business. Brady always seems to be popping in and out of the hospital so maybe he’ll be nearby to overhear the exchange. If Brady does learn that Melanie’s been meddling, he might say Theresa has every right to be angry. The rumors say a “Thrady” reunion may be in the works so DOOL viewers will want to tune in to see if this incident will draw them closer.

Serena (Melissa Archer) will likely be defending her own actions when an unexpected visitor arrives in Salem. The elephant statue is her endgame, but Serena’s had a hard time getting her hands on it. Serena’s boss is getting impatient and he or she may drop in to make sure Serena knows what’s at stake. Let’s hope that Serena gets motivated to complete her mission before Eric gets hurt.

So “Days” fans, what do you think about the news that Eve will have a tough choice to make? Is Nicole in Daniel’s future? What about Brady’s defense of Theresa? Will Serena follow through with her plan before it’s too late? Let us know what you think in the comments below and don’t forget to check CDL often for the latest “Days of Our Lives” spoilers, rumors and news.