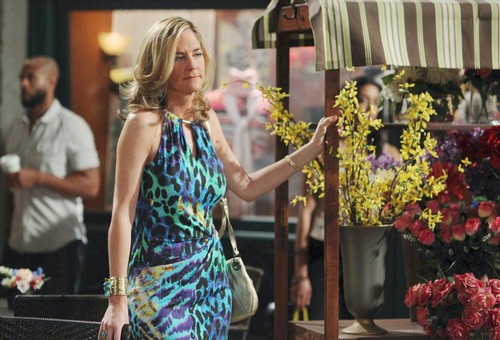 “Days of Our Lives” spoilers for the week of July 13-17 reveal that big baby drama is about to take center stage. After learning she’s pregnant, Abigail (Kate Mansi) will ask for Kayla’s (Mary Beth Evans) help to figure out who the father is. Will it be Chad (Billy Flynn) or Ben (Robert Scott Wilson)? Abigail will be forced to wait anxiously until she receives the life-changing news.

Meanwhile, Jennifer (Melissa Reeves) will face a potential problem of her own. When Eve (Kassie DePaiva) spots Jennifer’s unattended beverage, she’ll take advantage of the opportunity to drug it. Unfortunately for Eve, things won’t go according to plan. Afterward, a chat with Eric (Greg Vaughan) could lead Eve to let go of her hatred. Eve may finally ditch this revenge scheme once and for all. DOOL rumors hint that Eve will soon have much bigger issues to worry about than pesky Jen. 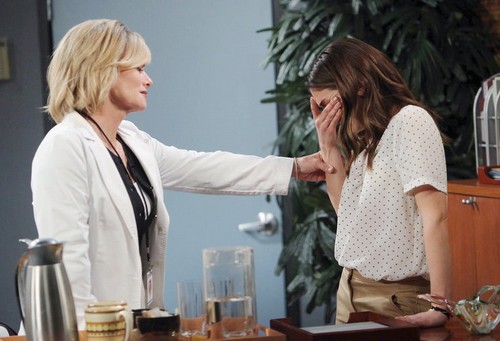 Paige (True O’Brien), on the other hand, won’t be dropping her vengeance plot anytime in the near future. “Days of Our Lives” spoilers say that Paige will get awfully friendly with Kyle (Michael Cardelle), which is undoubtedly a blatant attempt to make JJ (Casey Moss) jealous. When JJ objects, Paige will not-so-politely tell him to get lost. Still, “Days” viewers know that Paige would love nothing more than for JJ to watch her hook up with another hottie. JJ will go into protective mode as he takes drastic measures to keep Paige safe.

Other DOOL spoilers tease that Eric will decide he has to tell Nicole (Arianne Zucker) how much he loves her. Deep down, Nicole loves Eric as well. However, Daniel (Shawn Christian) continues to stand in the way. Nicole has found happiness with Dr. Dan and she’ll be fearful of giving it up. Eric and Nicole can never seem to get on the same page. As they talk about their feelings, Serena (Melissa Archer) will eavesdrop nearby. Nicole will realize she could be in major trouble if Serena spills any details to Daniel. It sounds like Serena has a blackmail scheme in the works. 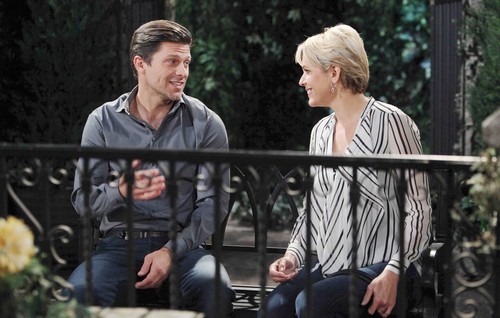 We’ll end the week with a startling secret courtesy of Stefano (Joseph Mascolo). The DiMera patriarch will open up to Chad about why he wants him paired with Abigail. If this convo is going down at the DiMera Mansion, Clyde (James Read) will probably hear the whole thing. Of course, it’s tough to believe that Stefano doesn’t know Clyde bugged his home. Stefano usually knows all. That’s most likely why Stefano chose to drop by Victor’s (John Aniston) place for their recent discussion instead of welcoming him to his own humble abode. Is Clyde really pulling a fast one or is Stef doing the duping as usual? Stay tuned to “Days of Our Lives” to see which villain is being deceived.

So “Days” fans, what do you think about Abigail’s pregnancy confirmation? Will Kayla help Abigail get updates on the baby’s paternity? Will Eve realize the error of her ways? Can Eric convince Nicole of his love? Is Stefano being tricked or does he know exactly what he’s doing? Let us know what you think in the comments below and don’t forget to check CDL tomorrow for the latest “Days of Our Lives” spoilers, rumors, updates and news.