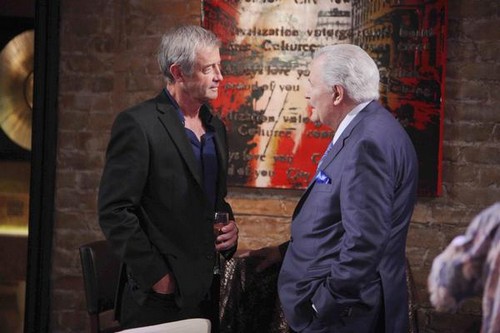 Monday January 19: “Days of Our Lives” spoilers tease that on January 19 Victor’s new Salem club will have its grand opening – and our favorite characters will arrive in droves to support the new local business. However, the exciting night quickly goes down hill when Clyde, Jordan, Chad, Ben, and Abigail all find themselves in too close proximity of each other.

Tuesday January 20: According to “Days of Our Lives” spoilers, super couple Marlena and John Black have a serious conversation about the fate of their relationship on Tuesday’s episode of the NBC soap. Over the past year John has been in and out of a coma and coming and going to and from Salem every time we blink. So, perhaps the couple is going to finally settle down – or else John is preparing to leave town for good this time and move on.

Wednesday January 21: On Wednesday’s episode of “Days Of Our Lives” Brady’s jealous streak emerges when he sees his old flame Theresa Donovan with her new man Clint. Meanwhile, Chad DiMera gets a taste of the “green monster” as well when he catches his girlfriend Jordan locking lips with Rafe.

Thursday January 22: “Days of Our Lives” spoilers reveal that on Thursday’s episode of the NBC soap all hell breaks loose when Ben is arrested. Rumor has it that Chad DiMera got on Ben’s last nerve when he tried to get revenge on his sister Jordan for kissing Rafe – and a major brawl ensues which ends with Ben taking a trip to the Salem slammer.

Friday January 23: JJ and Eve have somehow miraculously managed to keep their disturbing affair a total secret on “Days Of Our Lives,” but according to all new spoilers for January 23rd that is all about to change. On Friday’s episode JJ”s mom Jennifer catches her son with Eve and realizes there is something going on between her high-school nemesis and teen son.

So Days fans, do you think that Ben will be stuck in jail or will someone bail him out? What do you think of Theresa’s new boyfriend Clint? Are Chad and Jordan officially over, will she get back together with Rafe? Is this the end of John and Marlena…again? Let us know what you think in the comments below and don’t forget to check CDL tomorrow for more “Days of Our Lives” spoilers and news.